Save over 30% on the ultimate everyday carry system 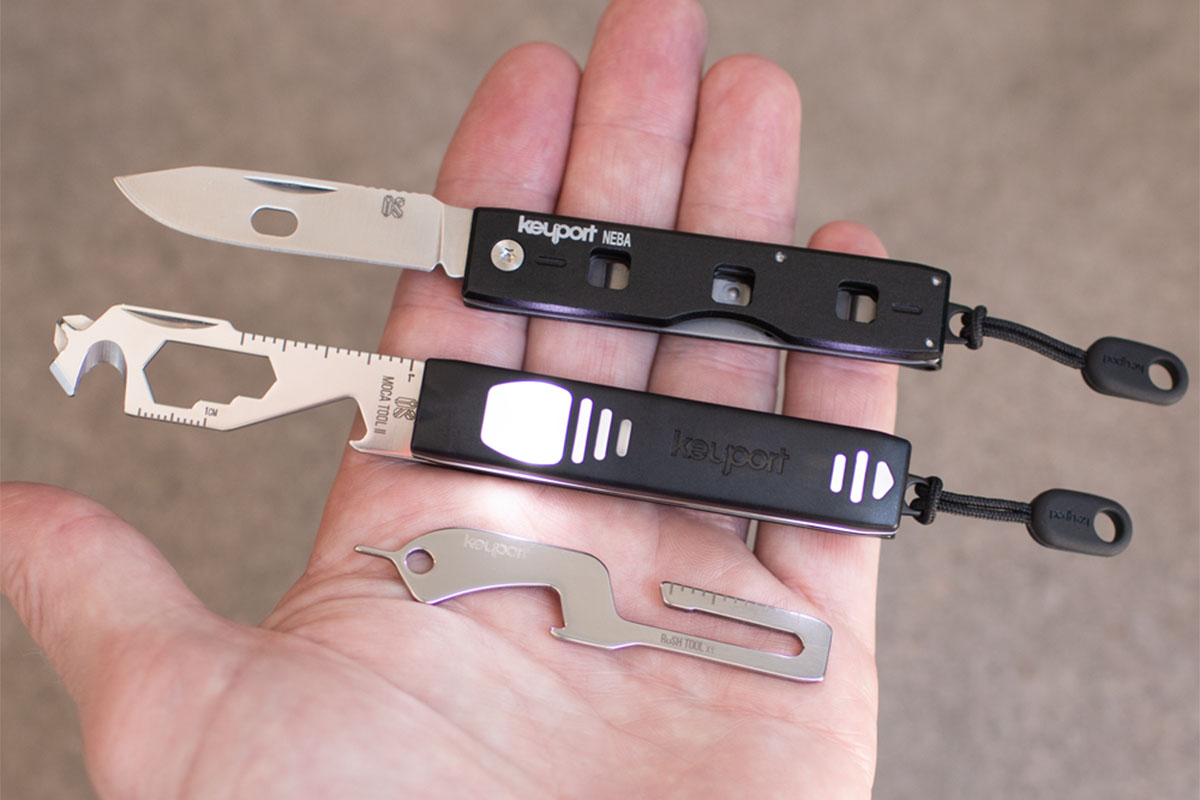 The EDC ethos has been around for...well, forever. But it’s entirely possible that you’ve never heard the term EDC before. Of course, the idea that some items are part of your Every Day Carry assortment isn’t new, but in recent years, the thought of each person assembling their own unique version of Batman’s utility belt has taken on new meaning.

It’s not enough to just have your keys, an old pocket knife and a few loose slips of paper down at the bottom of your pocket anymore. We’ve each got a bunch of items we’ve got to tote around each day -- so our EDC stuff has to be compact, important, and rugged enough to survive the knock-around world we all find ourselves in.

That’s the philosophy behind the Anywhere Tools Everyday Carry Bundle, a 12-in-1 collection of portable, streamlined, and highly functional hand tools that we may not necessarily need every day -- but the day you DO need them, you’ll be really glad they’re there.

Anywhere Tools are created by Keyport, a company dedicated to fashioning customizable, modular tech and tool items that all fit within the Anywhere Pocket Clip. Like a Swiss Army knife, the Keyport system is all about solving as many common daily problems as a tightly-packed EDC can solve.

Crafted from steel, anodized aluminum and polycarbonate, the modules include a traditional pocket knife; a multi-function tool that serves as a bottle opener, a flathead and Phillips head screwdriver, a cord cutter, or a box opener; a pocket flare featuring a 27-lumen flashlight with a bright front beam and one-of-a-kind lamp mode; and Anywhere Pocket Clips that can hold cash or keep your items secured.

Thankfully, you don’t have to carry each individual piece on its own. The Anywhere’s modular stacking system allows you to mix-and-match elements, consolidating or expanding your EDC stash to as little or as much as you want to carry around all day.

They assemble and disassemble easily and, with a minimum of care, can provide a lifetime of utility at a moment’s notice.

Regularly priced at around $66, the collection of Anywhere Tools EDC modules in this bundle is now over 30 percent off, just $44.99.