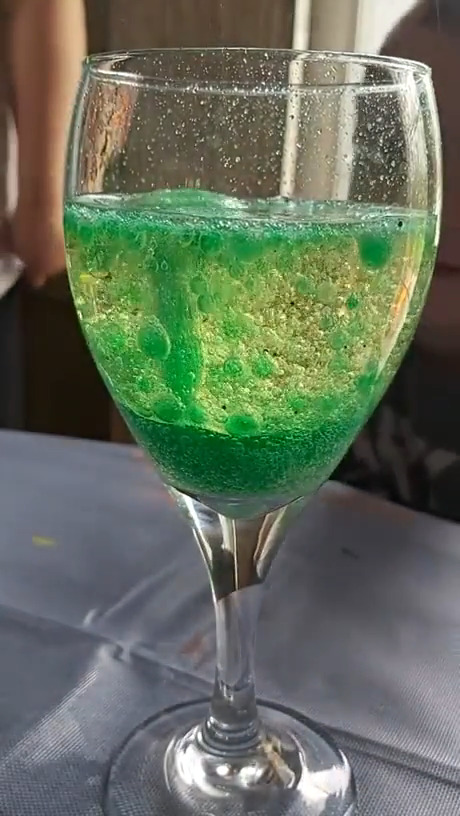 Alka Seltzer, oil and water in a glass become a lava lamp of sorts.

Looks like some food coloring may have been involved, too.