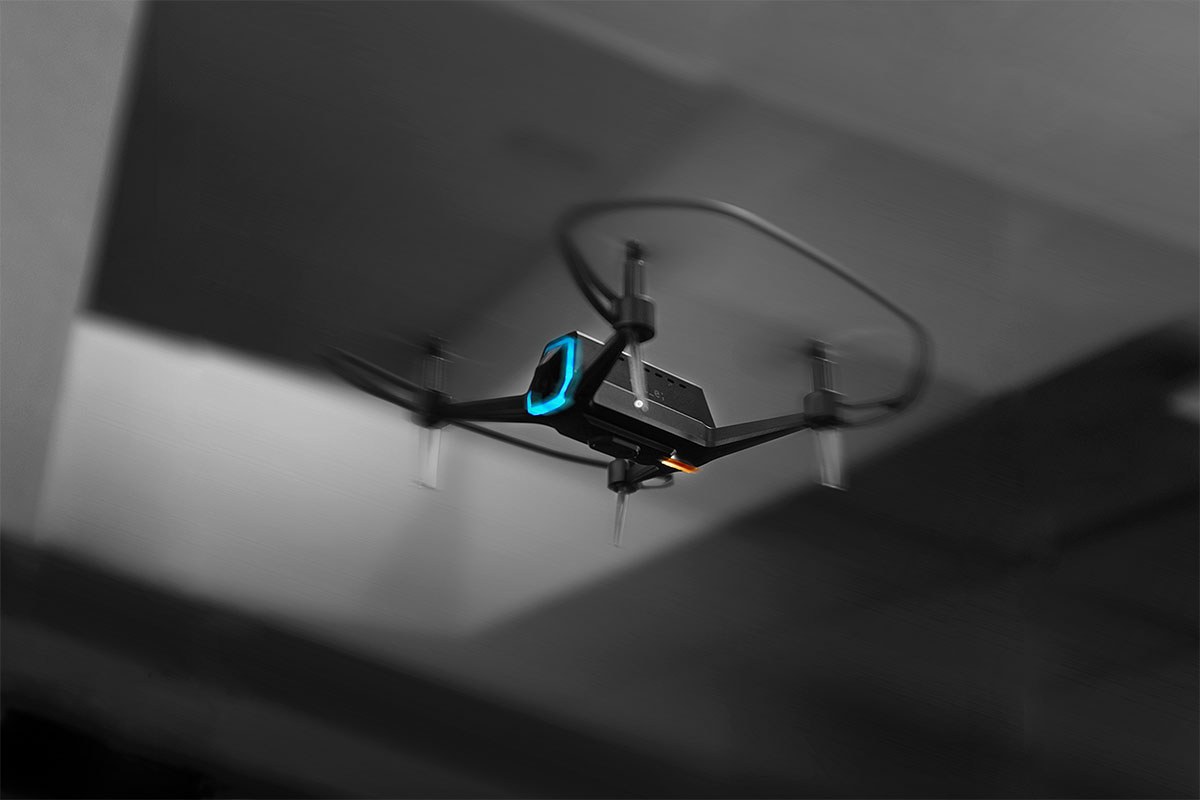 In a remarkably short time, drones have infiltrated every facet of life. Even now, in the age of COVID-19, drones are being employed by engaged groups to help enforce social distancing guidelines and help stop the spread of the virus.

From business delivery to mapping to videography to pure-and-simple enjoyment flights, drones are everywhere, with over 1.5 million crafts registered with the U.S. Federal Aviation Administration. And more than two-thirds are recreational drones, just helping enthusiasts take to the skies and enjoy the freedom of flight.

Unlike other drones that can require a steep learning curve before you master the stick, the Shift Red Drone is billed as the drone you can fly solo...as in, one-handed, with your thumb serving as your primary flight tool.

With the Shift’s unique and intuitive flight controller, you don’t need to use two hands. You just slip your fist around the ergonomically comfortable controller, position your thumb atop the video-game-style joystick and bring the Shift to life. The sensor fusion technology precisely recognizes the drone’s 3D locations and speeds for responsive and dynamic, yet stable flight control.

Pilots are even protected with an Emergency Stop function that kicks in once the craft gets out of range, putting the Shift into an automatic hovering mode until it re-connects with the controller.

Users can toggle through eight different auto-pilot modes, which make it a lot easier to shoot high definition video or conduct clear and stable real-time streaming video feeds. The Shift’s internal tracking technology keeps the camera focused on your subject as it recognizes movement with gimbal features to smooth out blur when pivoting or tilting.

Meanwhile, video from the Shift Red can be transferred wirelessly, without having to remove the SD card from the drone.

This much flying simplicity coupled with the Shift’s video prowess makes it an ideal unit for young and beginning users. Right now, this $299 Shift Red Drone along with all the accessories you need to get flying is discounted by $100, bringing your price down to just $199.99.