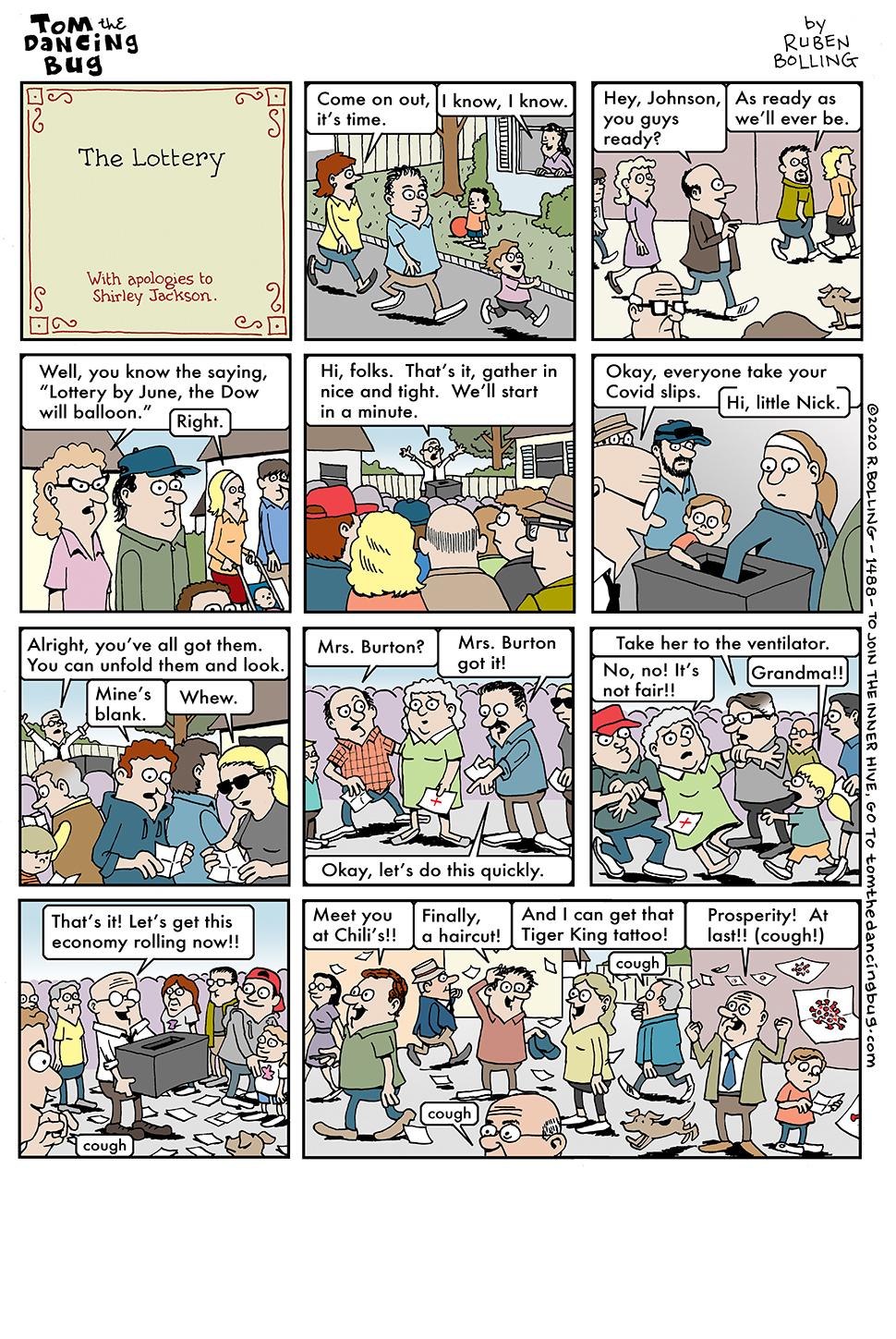 Tom the Dancing Bug, IN WHICH we all come out, it's time for the lottery

"Each week Ruben Bolling takes an unassuming little blank white rectangle and fills it up with clever cartoonery, sneaky commentary, and more political laughs than you can shake a stick at. All hail Tom the Dancing Bug!"
-Matt Groening