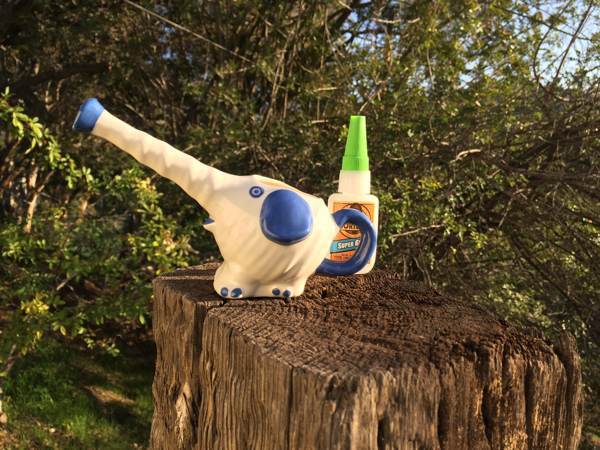 Gel-based super glue is much easier to use than regular super glue because it's thick and easier to control. You can apply a dab to a vertical surface without having it drip. It's also slightly tacky to begin with, which helps to keep parts sticking together without holding them. And because it's thicker, it works well on porous surfaces, like the ones on this elephant coffee creamer that one of our cats broke. The kind I use is Gorilla Super Glue Gel.