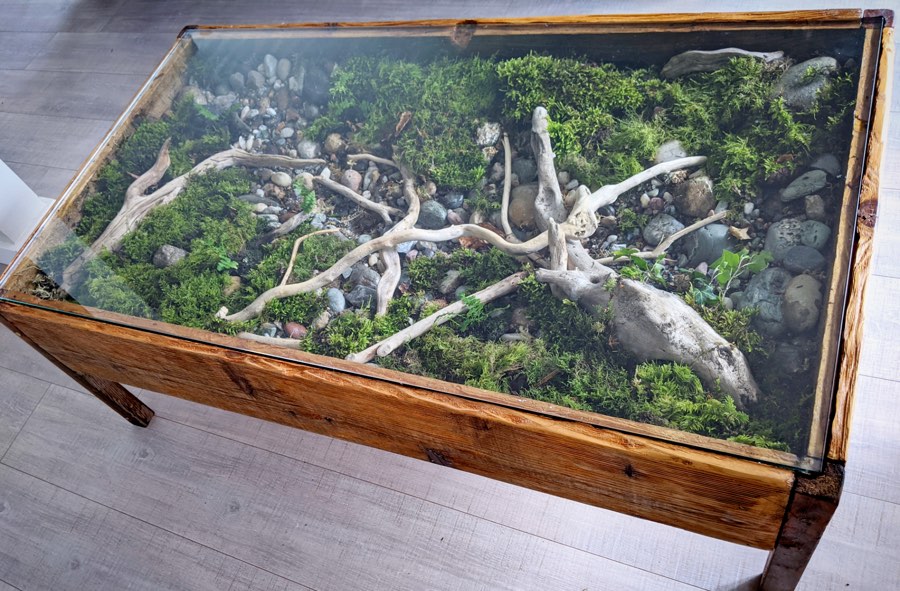 I made a terrarium coffee table