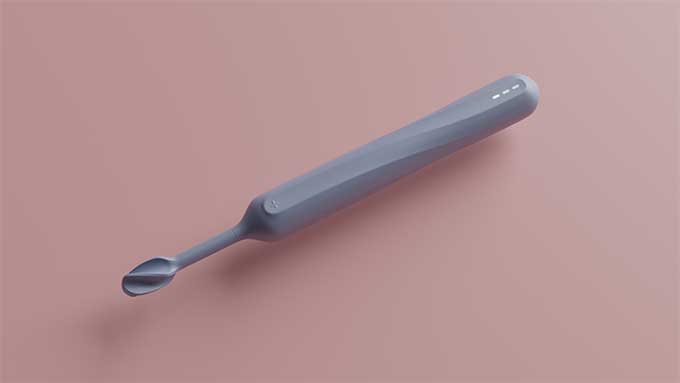 From designer Nate Shirley, a "personal hygiene product intended for cleaning your ears. It uses disposable spiral cleaning heads that spin at a constant speed."

I wish he would Kickstart it!