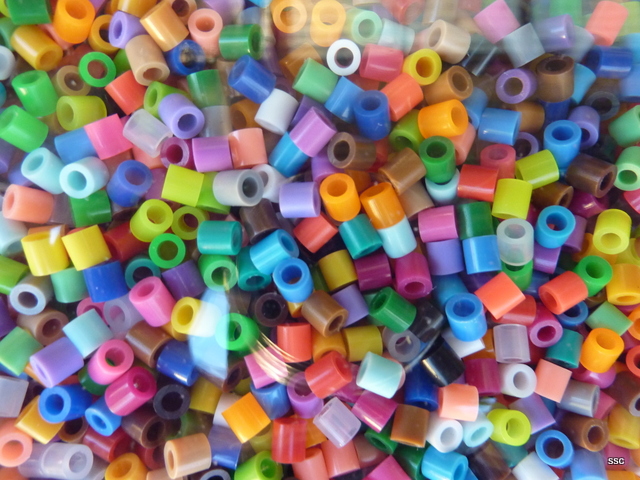 What are Perler beads and why might you want to buy a big tub of 22,000 thousand? They are tiny colorful plastic cylinders. Each bead is a pixel that you place on a Perler pegboard to make a piece of art. Once you've placed all the beads down, you use a clothes iron to fuse the beads together, so your artwork doesn't fall apart.

The above video shows you a smart way to stack beads on a toothpick for faster beading.

Here are some great Perler bead drawings from around the world:

Plus, imagine the fun of sorting 22,000 Perler beats by color!