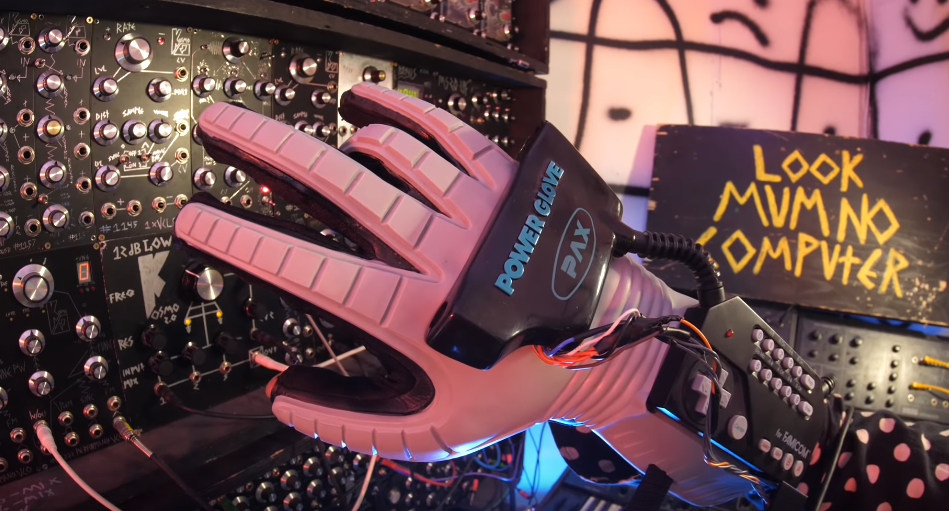 You know how in movies where there's a mad genius tech-wizard/hacker (often a precocious teen) who can make the most fantastical creations with seemingly no effort? It's such a great fantasy with little analogue in the real world. Sam Battle, he of Look Mum No Computer strikes me as a character from one of those films, except he is very real.

Sam has given us the Furby Organ, the Sega Mega Drive Synth, and the Circuit Bent Bible -- among many other jaw-dropping creations.

Now, Sam has made mad magic again, this time with an old Nintendo Power Glove. First, he converted the glove so that it can control his home-built synth. That was ingenious enough, but he was finding it hard to isolate his finger movements. So, he decided to download the InMoov robot's 3D printable arm, print a copy, and use it to control the synth through the Power Glove. Welcome to the future, cyberpunks.

Police in Allentown, Pennsylvania, were filmed brutalizing a black suspect this weekend. One officer knelt on the man’s neck, the same form of “restraint” used to kill George Floyd in May. An investigation is underway, according to Allentown Police Department, which has refused to name the officers involved. GRAPHIC VIDEO: @AllentownPolice held down this man’s […]