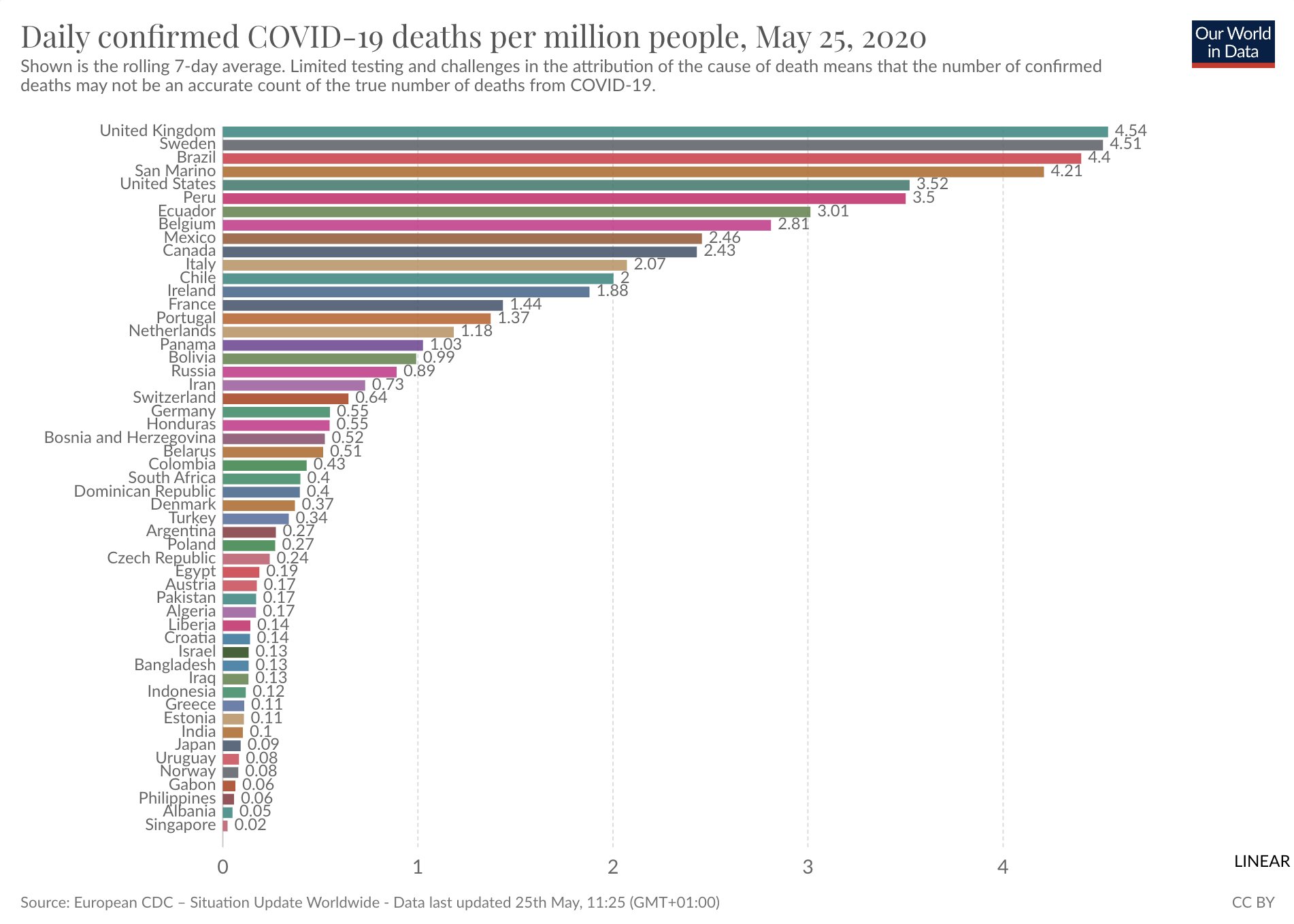 Sweden didn't lock down much at all, whereas the UK seems consumed with lockdown theater. This chart, from the European Centre for Disease Prevention and Control, paints a bleak picture either way.

Brazilian premier Jair Bolsonaro has tested positive for coronavirus after falling ill with symptoms typical of Covid-19. Bolsonaro regularly downplayed the risks of the virus, comparing it to the common cold, and Brazil soon became an infection hotspot with the world’s highest tally of reported cases outside the U.S. A new surge of infections was […]