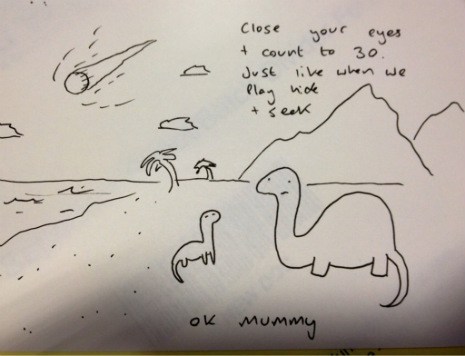 Adds Collins: "a very bad day for the dinosaurs".