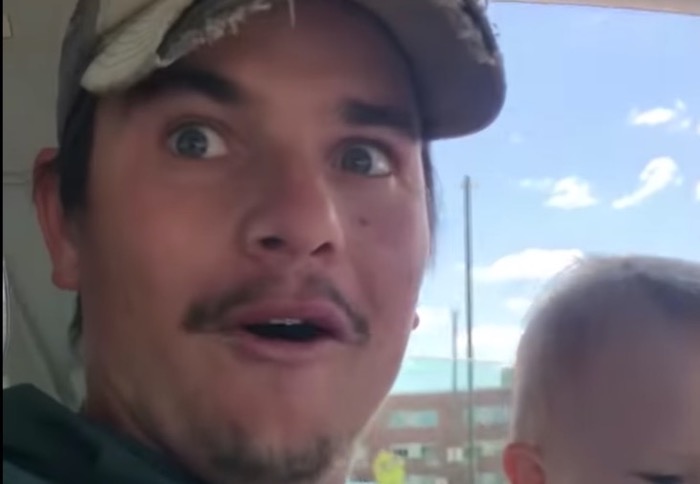 In this video we see a woman hand her husband a folder with her pregnancy ultrasound results. The husband is in their car with his smiling adorable baby son in his lap. As the husband goes through the contents of the folder, he comes to the realization that his wife is pregnant with triplets. This comes as a surprise to him, and from his reaction, it's clear that the thinks it's a big deal.

YouTuber and dad Matt MacMillan picked an unusual way to cover AC/DC’s “Thunderstruck.” He spent a year recording his baby son’s cooing, sneezing, and other random noises and pieced it together to make the song. He writes, “It took forever.” And when you see HOW he arranged it all, you’ll see why it took so […]