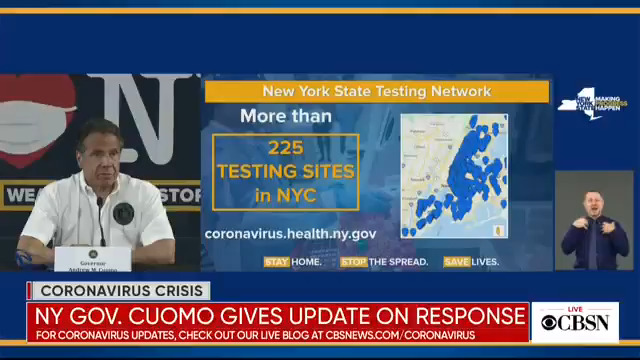 New York Governor Andrew Cuomo said on Thursday he will sign an executive order that allows businesses in the state to deny entry to people who are not wearing a mask or similar face covering.

Today I am signing an Executive Order authorizing businesses to deny entry to those who do not wear masks or face-coverings. No mask - No entry.

The governor said this was important because face masks are important to slow the spread of the novel coronavirus, which has now killed more than 100,000 Americans.

“You don’t want to wear a mask fine, but you don’t have a right to go into that store if that store owner doesn’t want you to.”

NY Gov. Cuomo: "Today, I'm signing an executive order that authorizes private businesses to deny entrance to people who do not wear a mask or a face covering" https://t.co/hKf82dkUIf pic.twitter.com/g3yHnxXwmp