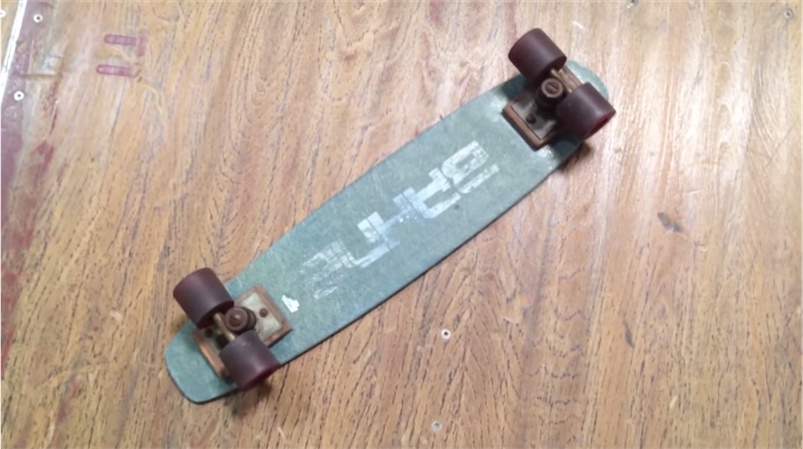 Tony Hawk first learned to ride a skateboard in 1979 when he was 11 years old. The board was the 1975 Bahne pictured above. Now, that board is in the collection of the Smithsonian National Museum of American History. (Below, video of Hawk's last ride on the Bahne.) From Cole Louison's new interview with Hawk in Smithsonian magazine:

The first wave of skateboarding—when decks were wood, wheels were steel and “sidewalk surfing” was banned in 20 U.S. cities by August 1965—had ended by the time Hawk stepped on the board. Yet the sport enjoyed a major resurgence in the 1970s, thanks in part to new technology. The blue Bahne evokes an era when public outcry had driven skaters off sidewalks and into the first skateparks, where they rode plastic boards with polyurethane wheels higher and higher up the walls of in-ground pools that were capped at the top or extended with plywood[...]

“In its early days, skateboarding was considered a sport for misfits and outsiders,” Hawk tells me. “We didn’t mind the label, since we weren’t trying to fit in with mainstream culture anyway.” And even as mainstream culture prepares to embrace skateboarding more enthusiastically than ever before, Hawk says, “I believe our sense of counterculture and individualism will shine through.”