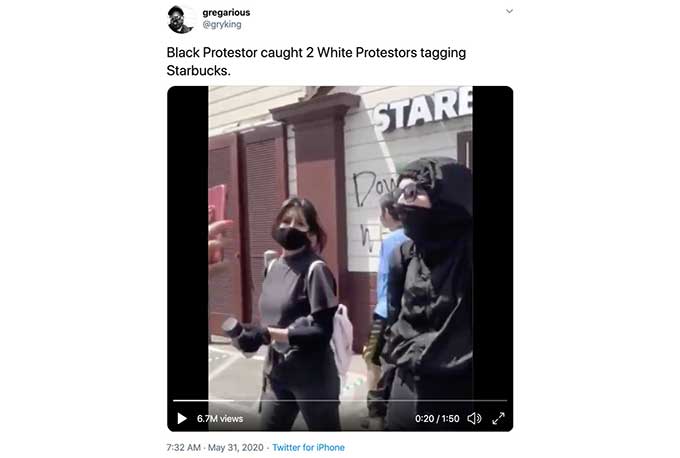 Given the white women's attitude toward a black woman asking them to stop tagging "BLM" and "Down with white supremacy" on a Starbucks exterior, it's hard not to think these two are anything but boogaloo accelerationists carrying out a false flag mission.

If you see the police, start recording

T.C. Sottek writes that this week’s protests, marked by soaring levels of police violence against demonstrators, show that we have a responsibility to record them when we can. Last night’s horrific attack on an unarmed, elderly man by Buffalo police is only the latest and sharpest example of a lie—the officers claimed he tripped—exposed by […]