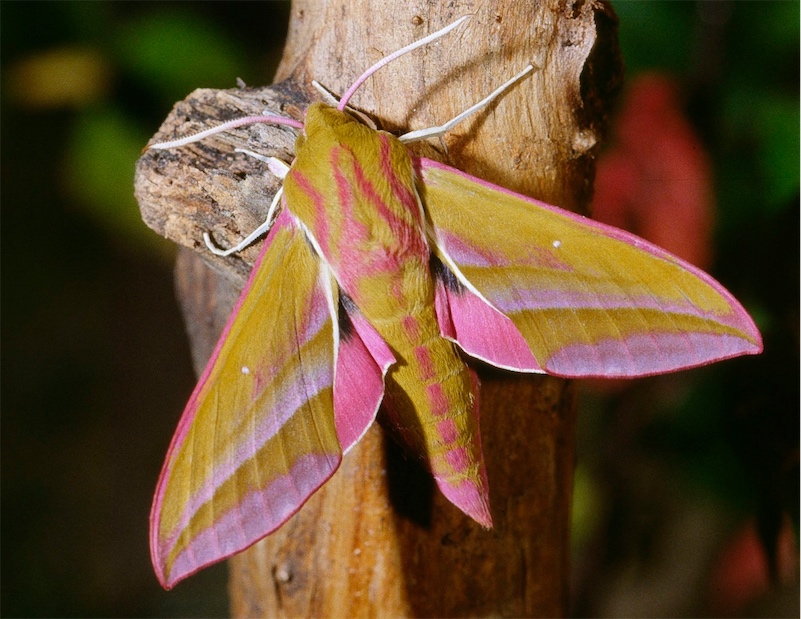 Just for kicks, Paul Rule, 66, participated in a study launched by the Cambridge Natural History Society that enlisted citizen scientists and nature-lovers to help deepen knowledge of the flora and fauna in Cambridge, England. Rule recorded nearly 600 different animal species in his "ordinary" city garden, including an elephant moth like the one seen above, an ivy bee, and the locally endangered hedgehog. From BBC News:

The retired BT engineer has always been interested in wildlife, particularly "anything with six or eight legs", and was able to record 412 insects, including 272 species of moths.

"When it came to the insects, I used the internet and local experts - and I have a shelf full of wildlife reference books," he said.[...] Mammal visitors include a fox, hedgehogs and bats, while all the common garden bird species such as blackbirds, wrens, robins and goldfinches have been counted.