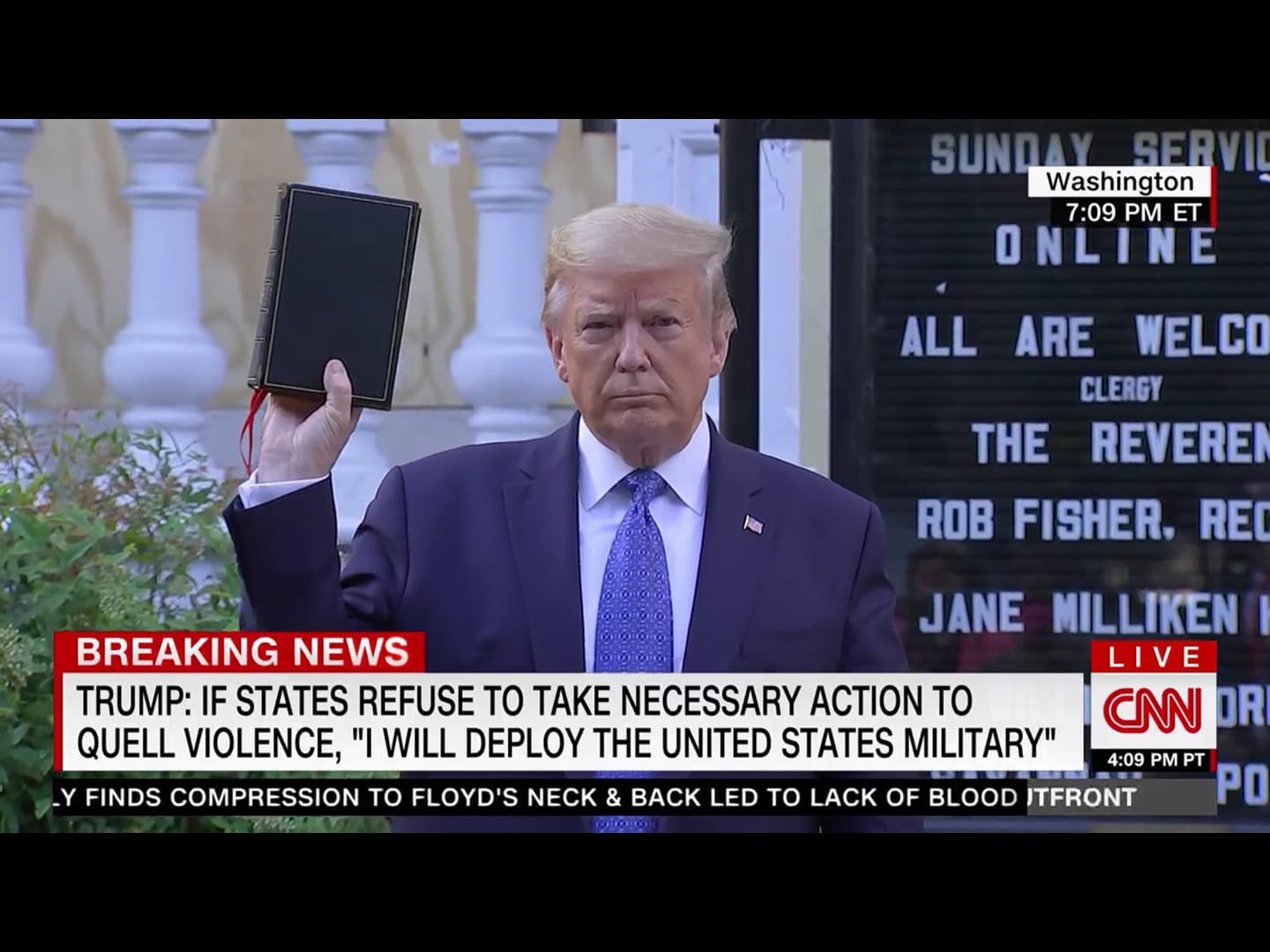 In Washington DC, tonight, Bishop Mariann Edgar Budde of the Episcopal Diocese of Washington has just denounced Donald Trump’s use of St. John's church as a prop, while military police used munitions against peaceful protesters nearby.

“I am outraged. I just want the world to know that we, following Jesus and His way of love, do not, we distance ourselves from the incendiary language of this president.”

Bishop Mariann Edgar Budde: "The President just used a Bible ... and one of the churches of my diocese without permission as a backdrop for a message antithetical to the teachings of Jesus and everything our churches stand for....I am outraged." pic.twitter.com/yegcO7xoJ0

The bishop then called the president’s photo op “an abuse of a sacred space.”

"What we're witnessing now is the shredding of our national fabric," - Bishop Mariann Budde of St John's Episcopal Church to @CNN

"I am outraged. The President did not come to St John's to pray."

Adds: "I fear for us. But fear is not an excuse to stand idly by."

The president is calling out the American military against American citizens.

He used the military to push out a peaceful protest so he could have a photo op at a church.

It's all just a reality TV show for this president.

I imposed a curfew at 7pm. A full 25 minutes before the curfew & w/o provocation, federal police used munitions on peaceful protestors in front of the White House, an act that will make the job of @DCPoliceDept officers more difficult. Shameful!