Police response to protests against police brutality with more brutality 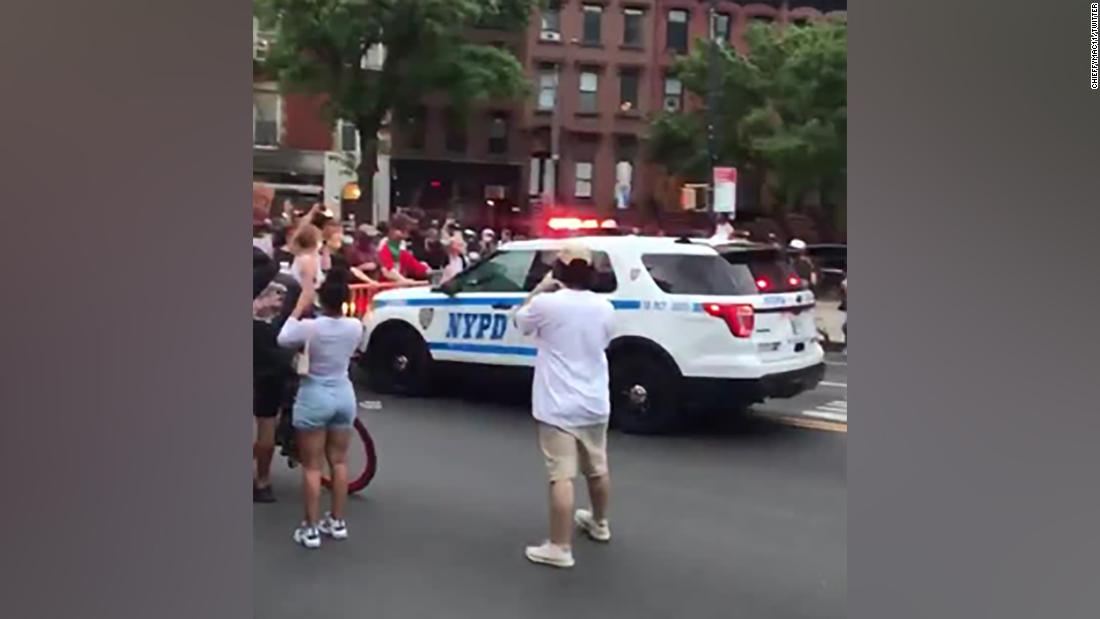 Over a weekend of protests against police brutality, America's police (with exceptions) responded with as much brutality as they could muster, targeting protestors, media and bystanders alike with rubber bullets, tear gas and random pre-emptive violence.

Videos showed police officers in recent nights using batons, tear gas, pepper spray and rubber bullets on protesters, bystanders and journalists, often without warning or seemingly unprovoked. The footage, which has been shared widely online, highlighted the very complaints over police behavior that have drawn protests in at least 75 cities across the United States.

In Salt Lake City, officers in riot gear shoved a man with a cane to the ground.

In Brooklyn, two police S.U.V.s plowed into a crowd of protesters.

In Atlanta, police officers enforcing a curfew stopped two college students in a car, fired Tasers on them and dragged them out of the vehicle.

And in Minneapolis, where there have been six consecutive nights of protests and clashes, a video appeared to show officers yelling at people on their porches to get inside and then firing paint canisters at them. “Light them up,” one officer said.

The photo below shows a cop removing the face-mask of an obviously peaceful protestor so that he can mace him in the face. The cop has concealed his badge number to prevent easy identification.

DOING THE SAME THING EVERYONE ELSE WAS DOING. PEACEFUL WITH HIS HANDS UP but racist cop pulls off his mask and MACE’s HIM pic.twitter.com/3lfHCMnsLB

"I wish the officers hadn’t done that."

New York City Mayor Bill de Blasio said late Saturday evening that a video of an NYPD car driving into a barrier with protesters behind and knocking them over was "upsetting." https://t.co/mVWA2QQuRH pic.twitter.com/kfTP38EIm0