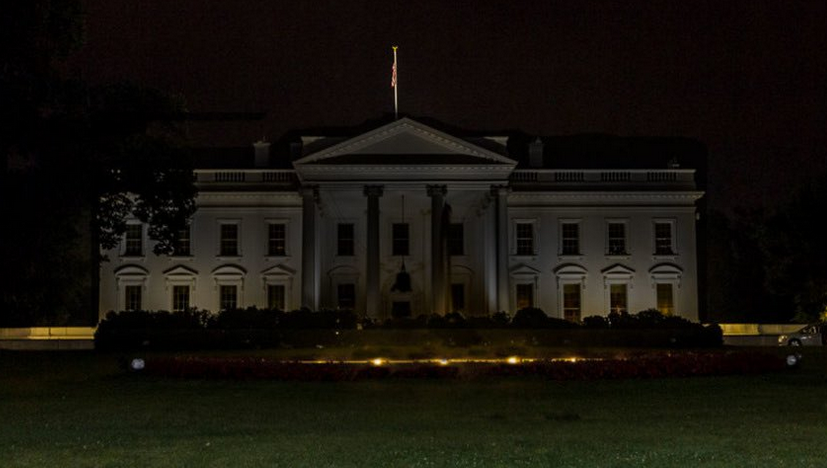 The MAGA Party didn't go as planned for President Trump, who fled to the White House bunker after protestors, not presidential partisans, turned up in numbers outside the executive mansion.

Secret Service agents rushed President Donald Trump to a White House bunker on Friday night as hundreds of protesters gathered outside the executive mansion, some of them throwing rocks and tugging at police barricades.

Trump spent nearly an hour in the bunker, which was designed for use in emergencies like terrorist attacks, according to a Republican close to the White House who was not authorized to publicly discuss private matters and spoke on condition of anonymity. The account was confirmed by an administration official who also spoke on condition of anonymity.

They turned the lights out, too, as seen in photos posted to Twitter by protestors and media.

The protests against police brutality were sparked by the killing of George Floyd, an unarmed black man, by a white Minneapolis cop Derek Chauvin. Chauvin knelt on Floyd's neck for more than eight minutes, and Floyd—who had been accused by a shopkeeper of passing a fake $20 bill—was pronounced dead at a nearby hospital. The scale and severity of the protests took authorities by surprise, and police have responded in force.

No picture better sums up the pure bullshit of the Drain-The-Swamp, MAGA, Ultra-Macho, Tough-Guy Trump Presidency.

When the going gets tough? Turn off the lights and hide. pic.twitter.com/RKMbG7OIhq