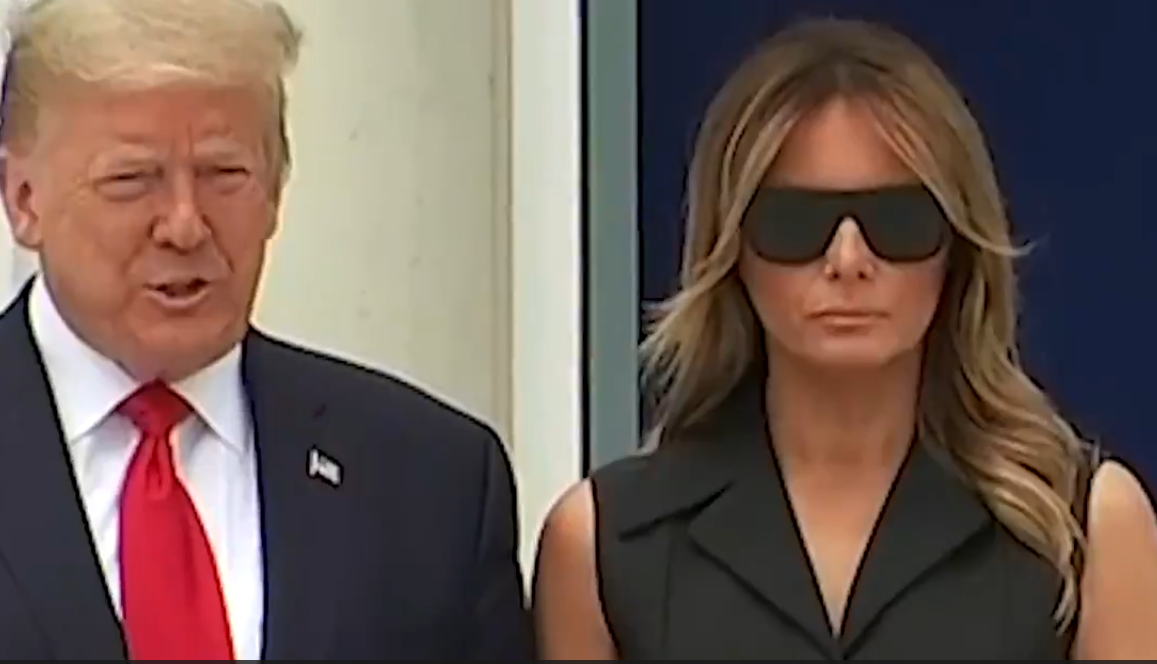 In this video, you can see Donald Trump appearing to ask First Lady Melania to 'smile' during today's fascist photo op.

Nah, man, you have to pay extra for that.

Hey, if ANTIFA means anti-fascists, does that make the Trumps "FA"?