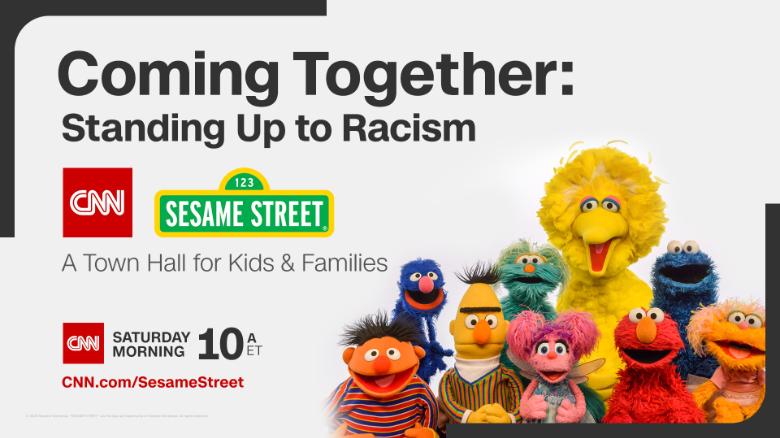 The 60-minute special "Coming Together: Standing Up to Racism. A CNN/Sesame Street Town Hall for Kids and Families" will air on Saturday, June 6, at 10 a.m. ET.
The show will talk to kids about racism, the recent nationwide protests, embracing diversity and being more empathetic and understanding.