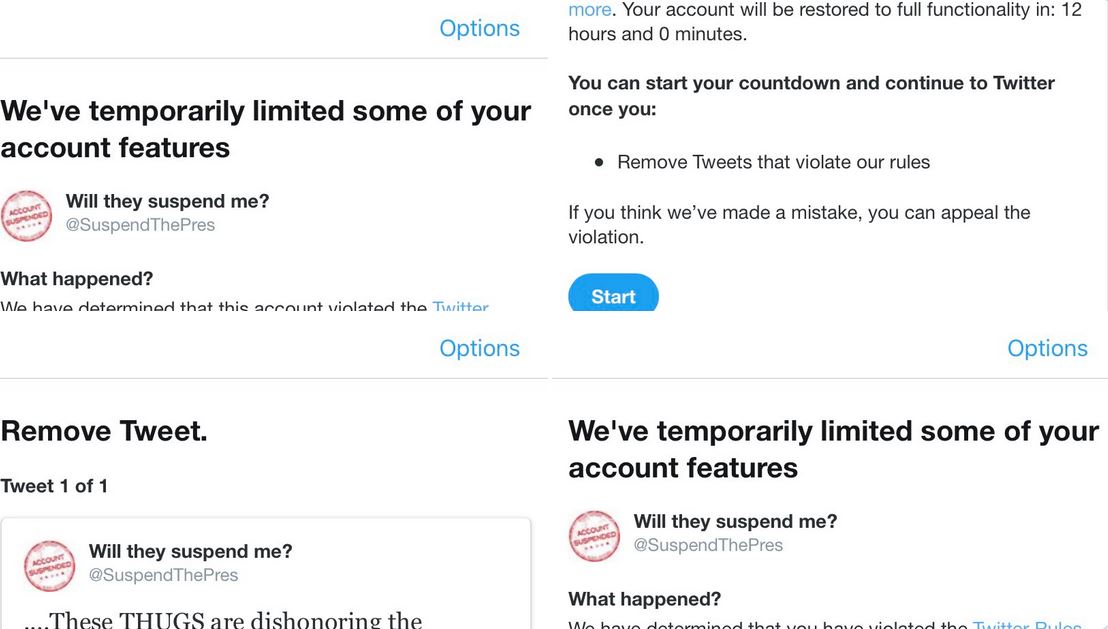 President Trump enjoys a vaguely-defined but formal exemption from Twitter's policies on the grounds of his inherent newsworthiness. Recently, Twitter began putting warnings on his Tweets when they called for violent acts, which Trump considers censorship. A new Twitter account set out to see whether Twitter would simply suspend anyone else who posted what Trump does. It didn't last long before the hammer fell.

"Experiment Update," posted Bizarre Lazar. "Well it finally happened. Took longer than expected. 12 hour suspension and had to delete the offending tweet. Here’s the screenshots. Will post to the account when suspension is lifted."

Since Trump obviously gets to Tweet as he pleases, this experiment might be better quietly applied to other accounts that appear to enjoy a similar special status but are not heads of state.