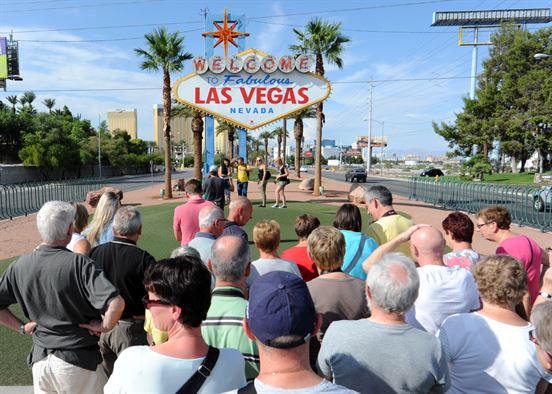 COVID-19 is still spreading, but those closures ended at midnight last night, and much of the Las Vegas Strip will re-open at 10 AM local time this morning.

Nevada has entered Phase Two to reopen the state economy with new guidelines for gatherings at church services and the reopening of more businesses, such as bars and health facilities. Casinos are scheduled to open June 4. https://t.co/NvEONptE60

“The past few months have presented our city with an unprecedented challenge,” said Derek Stevens, owner of two downtown Las Vegas casinos that were shuttered along with all gambling establishments in March. “We are excited to get our employees back to work and to welcome guests to the entertainment capital of the world.”

Hotel-casinos in suburban Las Vegas were the first to open at 12:01 a.m., to be followed later in the morning by a restart of the iconic Bellagio fountain and several resorts on the Las Vegas Strip.

The D Hotel and Casino, one of Stevens’ two downtown properties, had several dozen people waiting in line for the doors to open shortly after midnight. After guests had their temperatures checked at the door, the casino was quickly crowded with revelers and gamblers, albeit with dealers were wearing face masks or shields.

Wynn Resorts pushed back its planned opening to daylight hours in a nod to ongoing nighttime protests over George Floyd’s death in Minnesota.

Most of the Las Vegas Strip will re-open at 10 a.m. this morning. Nevada ordered a statewide shutdown of all casino and gambling operations back on March 17. I’ll be here this week covering the scene for the @latimes. pic.twitter.com/tl7tUFag4G

.@TIvegas reopens today at 9 am! We’re live all morning as hotels and casinos reopen in Nevada with the changes guests can expect. pic.twitter.com/bhsj3GdmyC