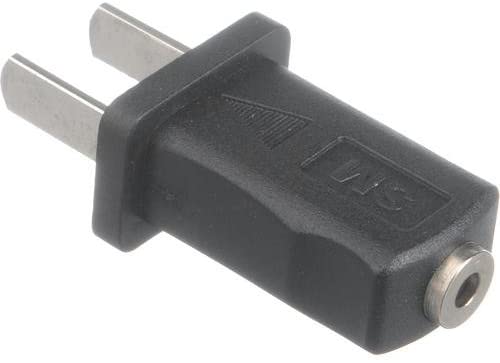 This dongle allegedly converts "household" -- i.e. 110v AC power -- to 3.5mm. It's misdescribed and is for photographic use (if it were intended to be jammed in the mains, the prongs would have holes) but it makes me think a splendid purpose would be for the gadget mafia to use to issue death threats to people. If you find one of these on your doorstep or, God forbid, your pillow, you have displeased them.

UPDATE: Male to Male power cords are still listed at Amazon, but are out of stock.