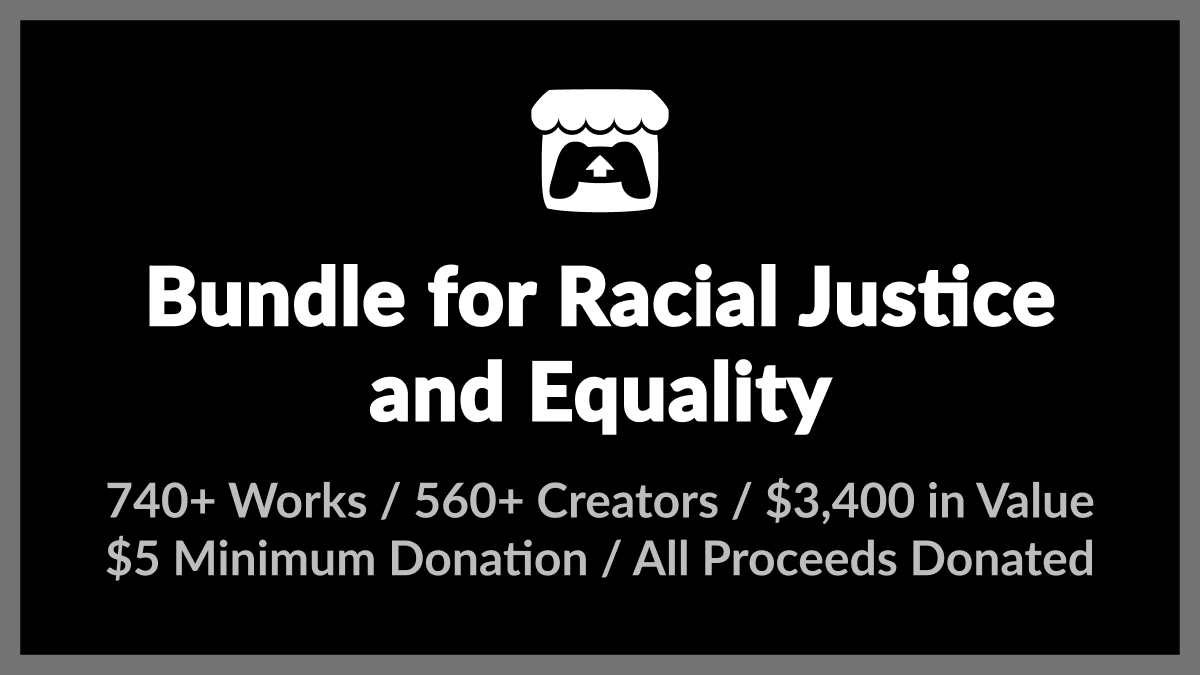 Itch.io today announced the Bundle for Racial Justice and Equality, a collection of 744 games worth $3,400. You can download and experience the lot for a minimum donation of $5.

We live in a time of racial injustice, inequality, and police brutality against black people. We hope that everyone takes a stand in any way that they can. We’ve partnered with creators from all across our platform to support organizations that are working directly with those affected.

We reached out to our community and an unprecedented number of creators donated over 740 projects to be part of what we believe is the largest bundle ever. Over $3,400 of paid works are available Pay-what-you-want with a minimum donation amount of $5.

All proceeds will donated to the NAACP Legal Defense and Educational Fund and Community Bail Fund split 50/50.

Please note: No Steam (or other external keys) will be given for bundle purchases. Only direct downloads will be available on the itch.io page.

$234,000 raised in about 6 hours! 😱 I've bumped the goal to $500k. Thank you so much to those who bought the bundle and the those who donated their projects.

BTW, 185 new projects have already been submitted and will be added tomorrow!https://t.co/31vXCJjkk1

The servers seem to be having some trouble: if it doesn't come up for you, drag this URL to your bookmarks and try it again later: https://itch.io/b/520/bundle-for-racial-justice-and-equality