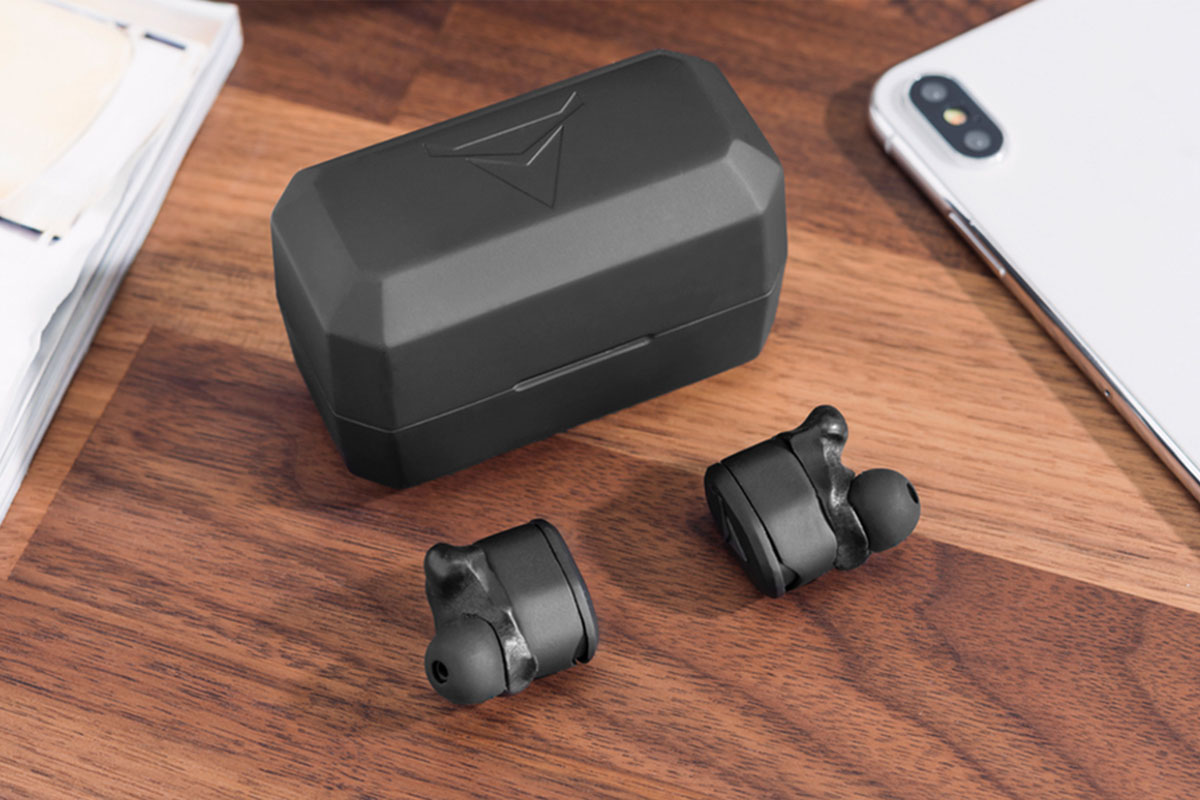 You’d think the biggest complaint that can be leveled about a pair of earbuds is that they just don’t sound all that great. Granted, there are plenty of cut-rate headphones that fall under that category, but we’d wager the pet peeve that makes most users throw away earbuds in frustration is when they just don’t fit in your ears comfortably.

Sometimes, they’re too small. Other times, they’re too large. They’re either too loose, too plastic-y or just feel like you’re wearing weights in your ears. Even with many earbuds coming with extra sets of randomly sized ear tips to supposedly fit any ear, there are lots of instances where that just doesn’t happen.

That won’t be a problem with the Decibullz wireless earphones, the first DIY custom-molded headphones that will actually stay in your ears no matter what.

They were designed by former gymnastics coach Kyle Kirkpatrick, who got tired of dealing with headphones that constantly fell out, sounded awful or hurt his ears. After consulting with audio engineers, material specialists and high-level athletes, he came up with the Decibullz system that contours earbuds to the unique shape of each person’s ears.

All you have to do is heat the Decibullz thermoplastic molds in boiling water, then let them cool for a minute before shaping them to your ears. That’s it. Once they’ve settled, you’ve got earbuds that won’t be a constant struggle. And if you somehow botch the process, it’s no problem. Decibullz custom earbuds are completely re-moldable, so you can go through the process again -- and get it right this time.

The Decibullz should be particularly attractive to athletes since these earbuds will stay in place even through sweating and lots of physical activity.

You can try out the fully customized fit of a pair of Decibullz for yourself at $50 off their regular price, only $149.99.