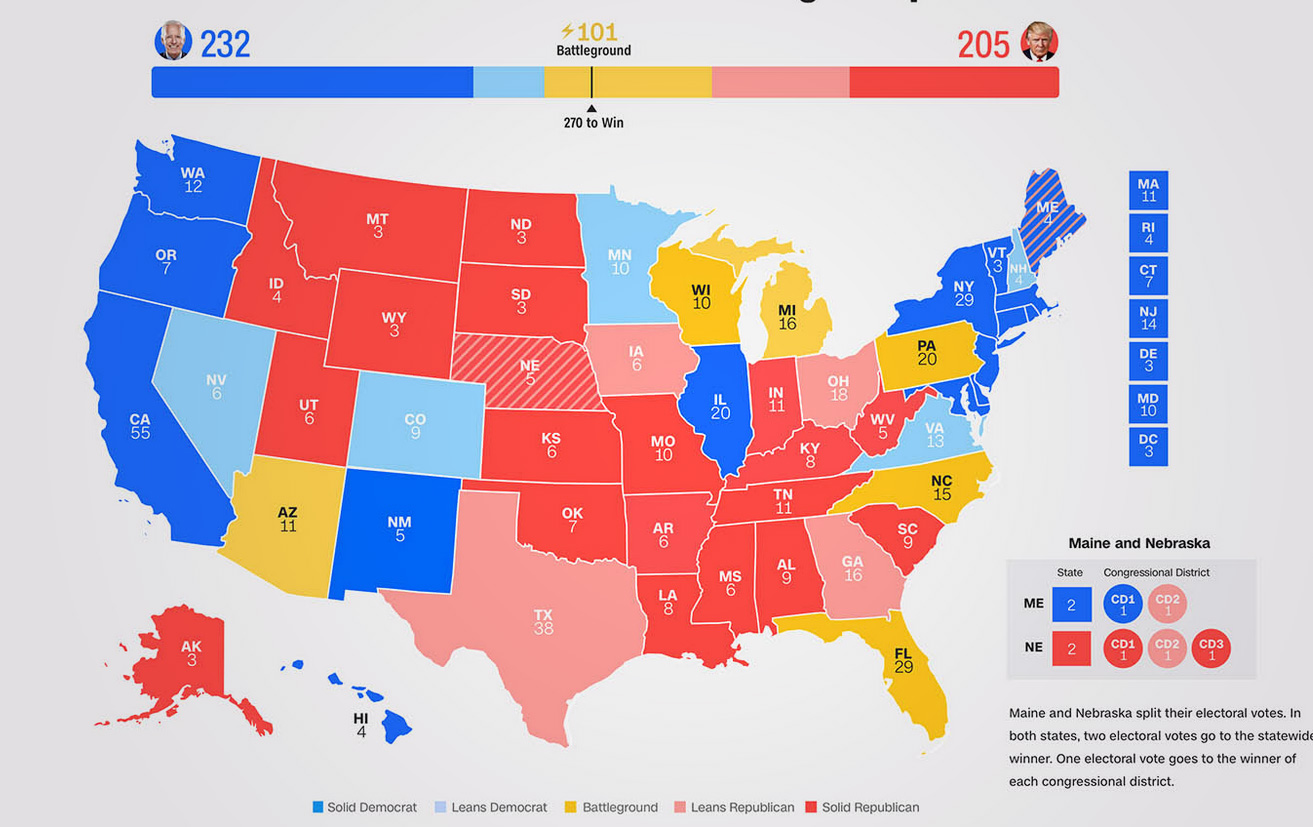 Today, CNN launched its 2020 electoral college tracking map. It makes the race look very close, despite its own polling showing Biden 14% in the lead. That's because the map isn't based on polls, but the hunches of insiders:

This map is not meant to be predictive of what it will look like in November. It is an inaugural snapshot based upon conversations with Democratic and Republican operatives across the country, campaign aides and officeholders about how they all see the current landscape

Polls are, contrary to rumor, generally accurate. In 2016, Clinton won the overall vote by the margin suggested by polls and her loss came down to electors from "battleground" states where most polls had the candidates within the margin of error. By the end, for example, Clinton was leading Trump by 1% in Pennsylvania, and lost to him by less than 1%. Trump's win embarrassed pollsters not because their numbers were significantly wrong, but because they got into the habit of elaborating those numbers with their own punditry. They fell victim to the demand for constant posting that their generally accurate real work could not feed.

Just for the hell of it, here's an electoral college map based on current state-level polling averages.

I'm not saying anything about it, other than to point out that polls change fast and that it nevertheless tells a very different a story to the one news editors are generally interested in.