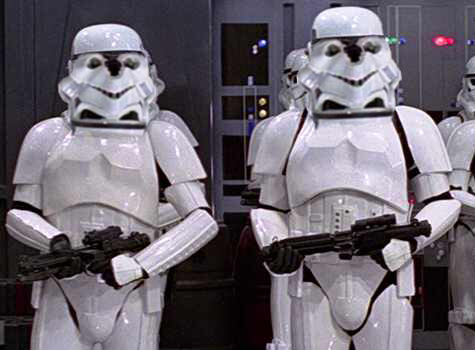 Search Google for many more memetastic upside down Stormtrooper helmet gags. (And yes, I realize that the cap of the helmet is still right-side up.) These happy Stormtroopers would make great bad guys in the "Star Wars But With Tiny Lightsabers" feature film.