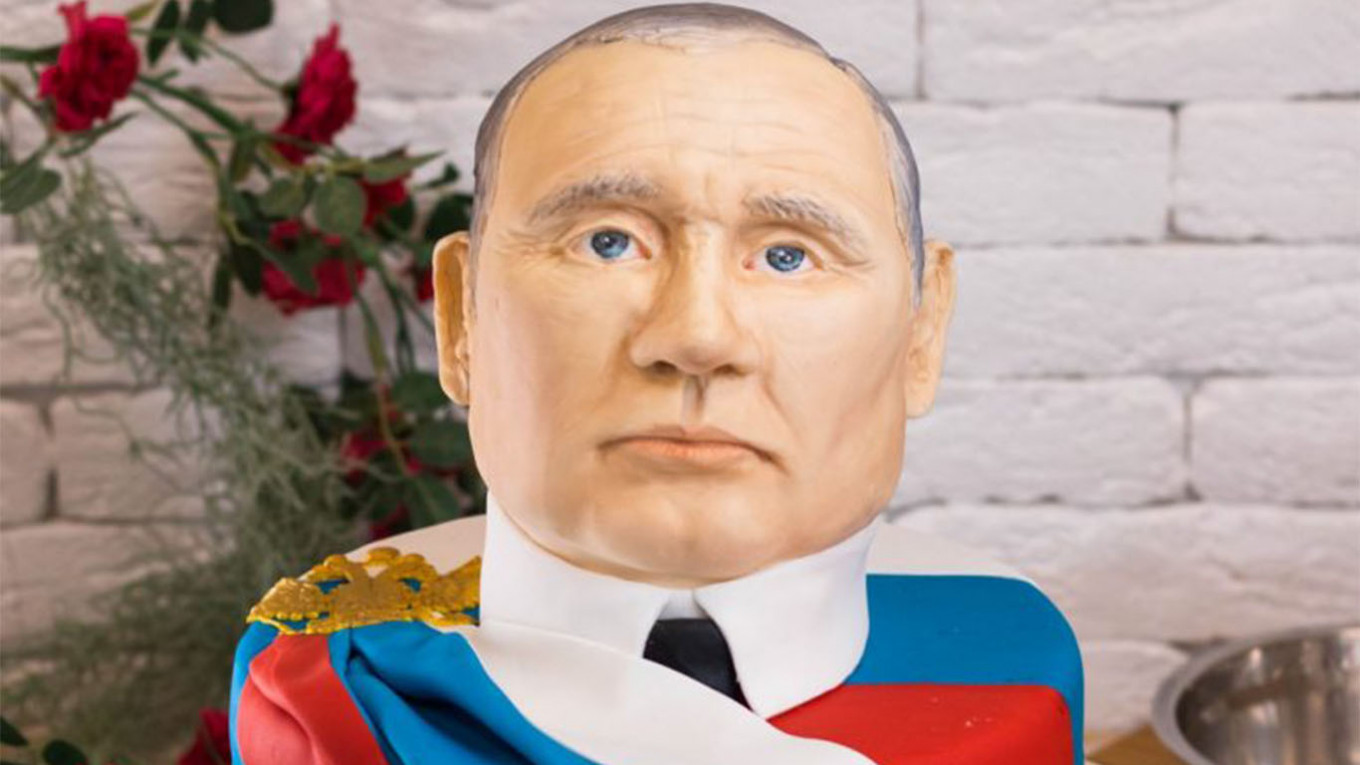 Okay, so what's the mystery filling?

The Moscow Times reports that a cake shop in Russia has “baked a mystery-filling cake carved in the shape of President Vladimir Putin’s bust ahead of Friday’s Russia Day national holiday.”

The life-sized bust of Vladimir Putin will be displayed along with cakes in the likeness of his Russian government predecessors: Stalin, Gorbachev, and Tsar Nicholas II, all to be showcased in an “impromptu exhibition” in the Far Eastern city of Yakutsk.

“Each leader’s head has its own price,” reports the Sakhalife.ru news website.

The asking price for Putin’s life-size cake is 6,900 rubles ($100), which is around 20 times the shop's average price for a cake, while Gorbachev is three times cheaper.

“We don’t tell which cake has which filling. Let it be a mystery for buyers,” Tymyrova said.

The asking price for Putin’s life-size cake is 6,900 rubles ($100), while Gorbachev is three times cheaper. https://t.co/EgaFM4UvTQ