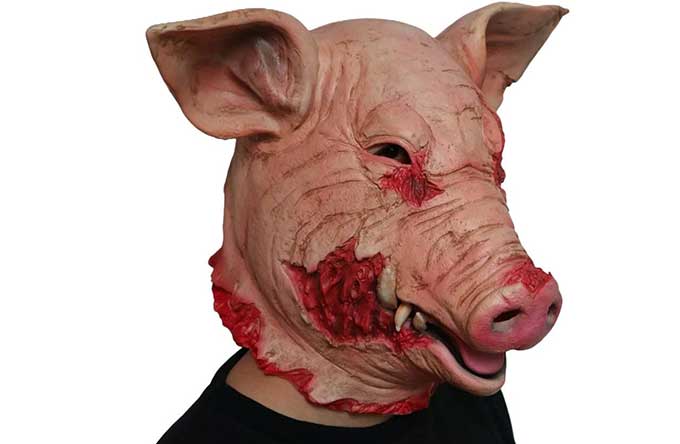 CNBC reports that the FBI and federal prosecutors in Boston charged six former members of eBay’s global security team with cyberstalking the publisher of an email newsletter that said critical things about the company.

“Among other things, several of the defendants ordered anonymous and disturbing deliveries to the victims’ home, including a preserved fetal pig, a bloody pig Halloween mask, a funeral wreath, a book on surviving the loss of a spouse, and pornography – the last of these addressed to the newsletter’s publisher but sent to his neighbors’ homes,” the Department of Justice said on Monday.

The group also posted on Craigslist that the couples were swingers and were looking for sexual partners, according to the lawsuit.

“In addition the following defendants were charged in an Information unsealed today: Stephanie Popp, 32, of San Jose, eBay’s former Senior Manager of Global Intelligence; Stephanie Stockwell, 26, of Redwood City, Calif., the former manager of eBay’s Global Intelligence Center (GIC); Veronica Zea, 26, of San Jose, a former eBay contractor who worked as an intelligence analyst in the GIC; and Brian Gilbert, 51, of San Jose, a former Senior Manager of Special Operations for eBay’s Global Security Team,” the Department of Justice said.

“They are each charged with conspiracy to commit cyberstalking and conspiracy to tamper with witnesses and will make appearances in federal court in Boston at a later date.”

EBay said it fired the employees in 2019 after law enforcement notified the company that they were investigating them.`