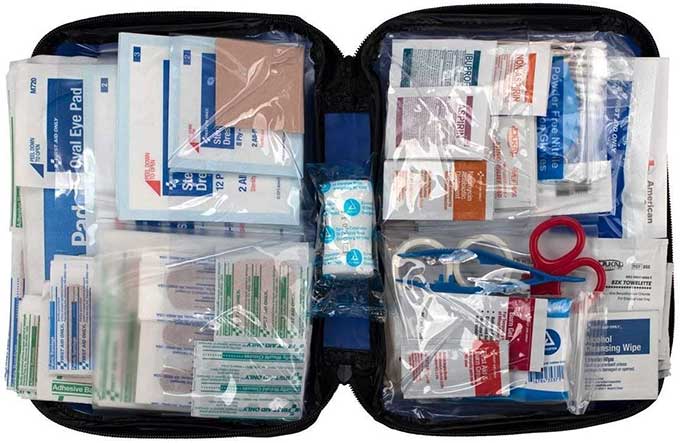 I bought this low price first aid kit a couple of years ago when it was on sale, and it's on sale again. It's got bandages, alcohol wipes, aspirin, ibuprofen, acetaminophen, hydrocortisone, neomycin, an instant cold pack, scissors, tweezers, and a few other items. For the price it's a good deal.