The Nordic Hygge AirChill is cold, portable room-cooling power that won’t blow up your electric bill 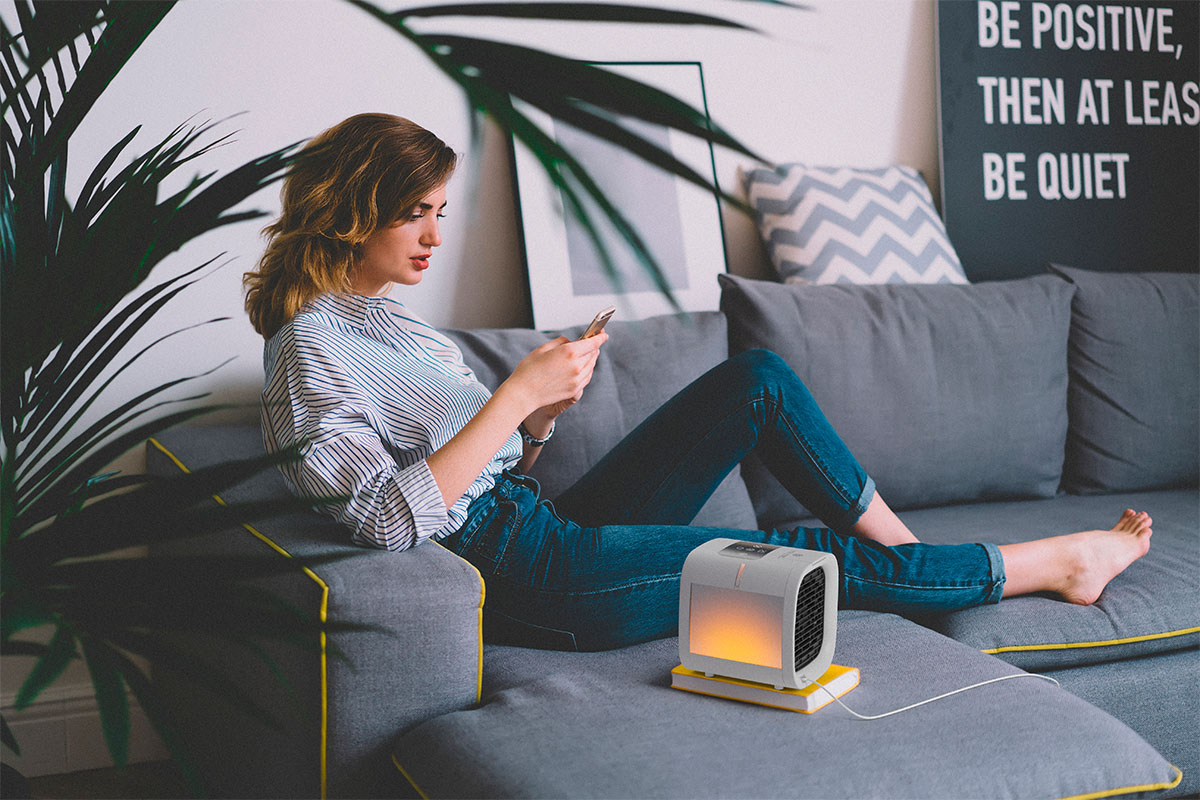 After a sharp uptick during the 2000s, American homeowners and renters have seen their utility bills stay relatively steady during the past decade, with most households receiving power bills of around $1,350 annually.

Of course, we all know every month on the electrical calendar was not created equal. In fact, the summer months always have everyone tense and cringing, opening an envelope to find a bill that’s 60, 75, even 100 percent higher because of that expensive air conditioner.

While most of us settle between resigned acceptance or paying more and solemn vows never to turn the AC on no matter how hot it gets, the Nordic Hygge AirChill Personal Evaporative Cooler can offer many households a much happier medium.

A unique portable air conditioner crafted with a cool, minimalistic Scandinavian design, the AirChill uses an evaporative cooling system to efficiently lower the temperature of the air in your home. A fan draws in dry air, runs it through an internal evaporative pad using recycled water, then disperses it back into the room at a much lower temperature.

The AirChill doesn’t waste time, effort, and money cooling a room when you aren’t around. Just tote this portable unit with you and perch it on a table, countertop, nightstand or room desk, fire it up and the powerful nine-blade fan promises quick cooling for the entire room. Even though the cube-like device only measures about seven inches, Nordic Hygge promises the AirChill is actually putting out twice the room-cooling power of its closest competitors.

Operation is as easy as the LED touch screen controls for sorting through various cooling methods and clean up and filter changes are accomplished almost as easily. The water tank is 100 percent leak-proof and the AirChill runs like a ninja, almost entirely devoid of noise, unlike similar coolers that might cool you down at night while unfortunately keeping you awake.

The AirChill also sports its own LED backlight, generating a spectrum of seven different colors so that when the unit is cooling your home, it’s also casting a cool mood through your space.

The Nordic Hygge Airchill Personal Evaporative Cooler retails for $99, but right now, it’s available at almost $30 off, down to only $69.99.