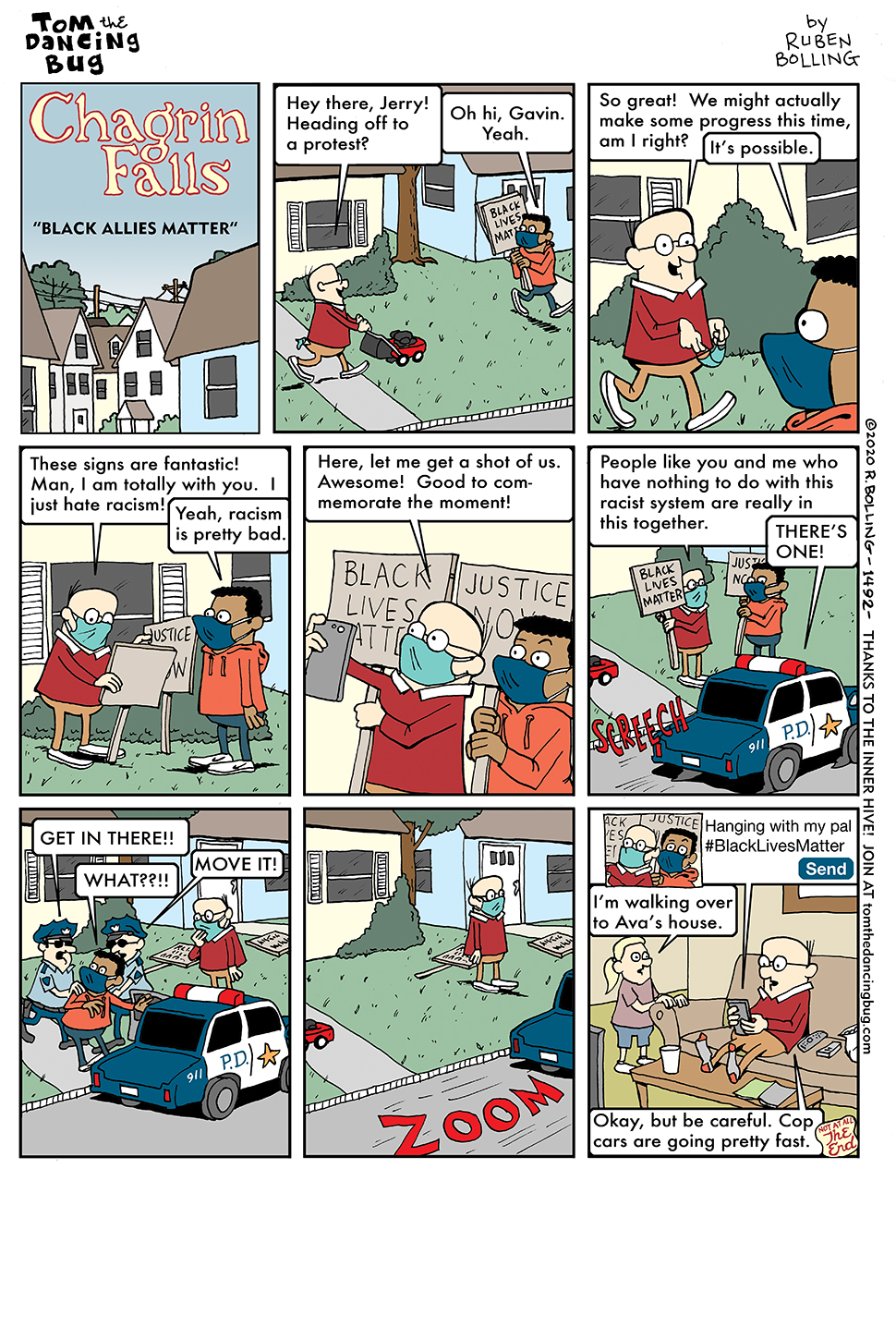 Tom the Dancing Bug, IN WHICH Gavin Smythe of Chagrin Falls, USA, mows his lawn in a black-and-white world

"Behold the wondrous, whimsical, witty world that is Tom the Dancing Bug! If you're someone who's not a fan of potent political humor with an incisive absurdist twist that's not only consistently funny, but downright therapeutic for an ailing world, I suggest you avoid this book like the plague. For everyone else, it's a MUST-READ!"
-Mark Hamill