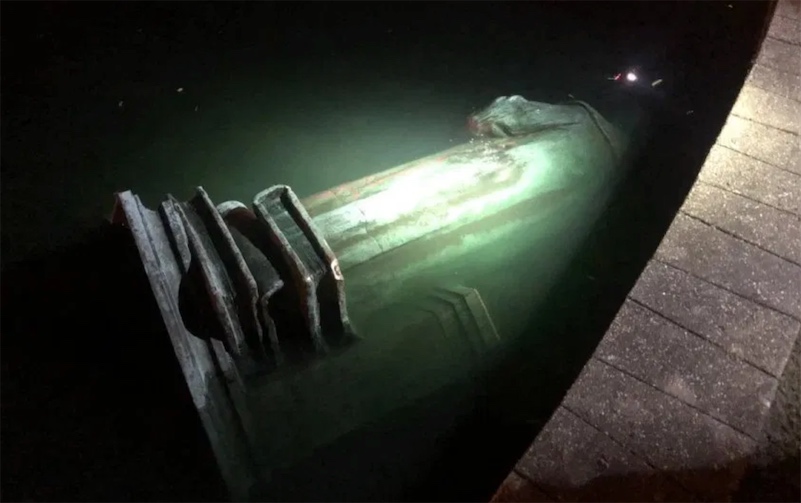 During the anti-racist uprising, protestors in the US and England have been toppling statues of historical figures connected to slavery, colonialism, and oppression. (Above, Christopher Columbus taking a dip in Richmond, Virginia last week.) With these bronze figures weighing around 3,500 to 7,000 pounds, pulling them off their pedestals isn't an easy task to do safely. So Popular Mechanics asked for advice from mechanical engineer Scott Holland. And in case you're tempted, "Popular Mechanics is not encouraging anyone to remove any statues." From PopSci:

...The OSHA-mandated upper force limit for horizontal pulling per person is 50 pounds of force—“but that’s for working every day,” he says, “so you could probably do twice that.”

At 100 pounds of force, then, we’re talking about a 35-person job to drag the statue, Holland says. But to pull it down, “let’s assume twice the force—so you’ll need twice as many people.” So before you start toppling, you’d better recruit 70 buddies with a bit of muscle.

Now that you have your crew, you’ll need the right tools. Holland suggests grabbing a few 4x4 recovery straps, which can be rated to over 32,000 pounds and are far less cumbersome than a chain. Once you’re properly equipped, you want to get leverage, Holland says, “so you need to get the straps around the head or the neck [of the statue].”

To break the statue from its base, split into two teams on either side and work in a back-and-forth motion. Most statues are attached to the base by 2 to 3 feet of rebar, so you’ll actually be breaking it at the bronze above the rebar—not the rebar itself, says Holland. (That’s steel.) “When the U.S. took down that statue of Saddam Hussein, you can see it folds at that spot where the rebar is in the base of it,” he says.

"How to Topple a Statue Using Science" (Popular Mechanics, thanks Bob Pescovitz!)