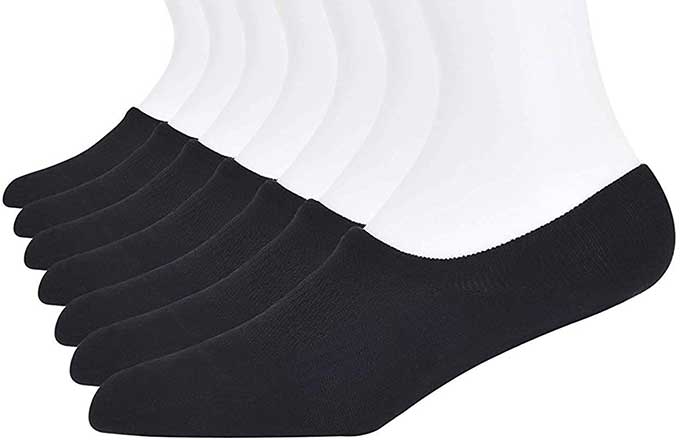 I almost always wear Native Jefferson shoes, which don't require socks. On those rare occasions when socks are called for, I wear these no-show socks. They sit well below the top of most shoes, and they have some little silicone rubber stripes above the heel that keep them from slipping.