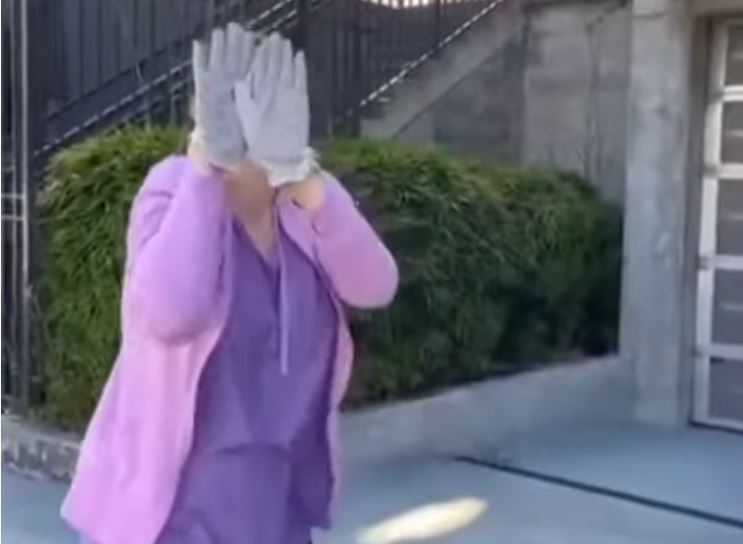 I'm literally not leaving my house anymore. This Karen cut me off, break checked me and then followed me for 4 blocks. When I started recording her antics she peeled off and tried to get away with her racism. I had time today to let her know that i am not the one. I'm glad SEVERAL white and black people saw her racism and had my back.

A witness backs up Dillard's version of events…

Several people saw what happened as well. (" I HAVE A BLACK HUSBAND ") pic.twitter.com/2QO95f8BfA

… but the Internet is a permanent record.

Something weird going on here. Karlos goes from being a vocal conservative conservative who does interviews where he justifies Philando Castile's murder to "Wypipo_h8" and posting this video? https://t.co/0Dzw6Gzhuh

The woman's patently false accusations and terrified reaction to being filmed could be a comedy skit about the unreasonable fear of black people and of "cancel culture". Nonetheless, Dillard appears to be a provocateur as interested in fame as he is in social justice. And the woman's behavior is so strange that the possibility of illness or mental disorder has to be considered. In any case, much hay will be made of him choosing to challenge her in public rather than avoid escalation.

LMFAOOOOOOOO I AM IN TEARS😭😭😭 pic.twitter.com/UWq0kaBIHT — Teflon Juan, M.S.Ed 🇰🇪 (@realjaycollins) May 16, 2020 In this footage, fear is the mind-killer.