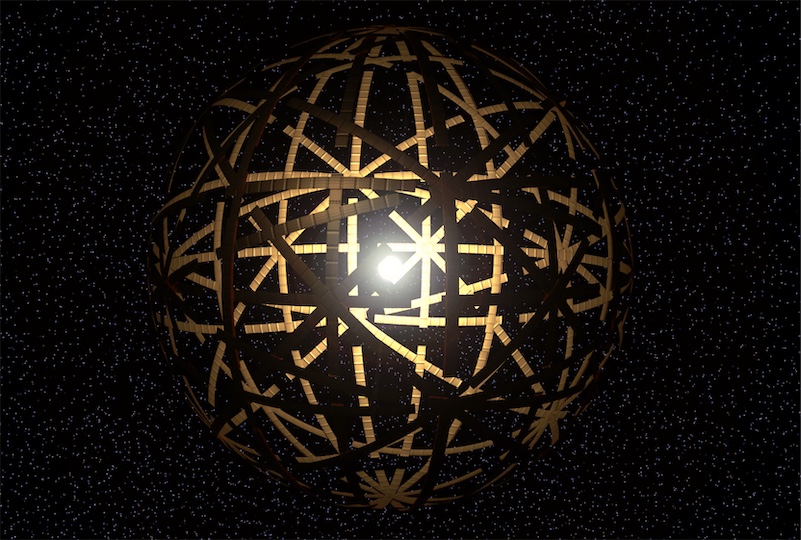 NASA has funded a new research collaborative research effort between Harvard, the Smithsonian Institutions, and the University of Rochester to search for extraterrestrial intelligence (SETI). This is the first NASA grant for SETI in three decades and the first ever to search for signs of ET that aren't radio transmissions. Instead, the scientists will look for technosignatures in the atmosphere that reveal the use of advanced technology on other planets. From Harvard:

"Technosignatures relate to signatures of advanced alien technologies similar to, or perhaps more sophisticated than, what we possess," said Avi Loeb, Frank B. Baird Jr. Professor of Science at Harvard. "Such signatures might include industrial pollution of atmospheres, city lights, photovoltaic cells (solar panels), megastructures, or swarms of satellites." [...]

"We pollute Earth’s atmosphere with our industrial activity," said Loeb. “If another civilization had been doing it for much longer than we have, then their planet's atmosphere might show detectable signs of artificially produced molecules that nature is very unlikely to produce spontaneously, such as chlorofluorocarbons (CFCs)." The presence of CFCs—or refrigerant—therefore, could indicate the presence of industrial activity. [...]

"My hope is that, using this grant, we will quantify new ways to probe signs of alien technological civilizations that are similar to or much more advanced than our own," said Loeb. "The fundamental question we are trying to address is: are we alone? But I would add to that: even if we are alone right now, were we alone in the past?"