The European Union may not admit Americans once their borders reopen 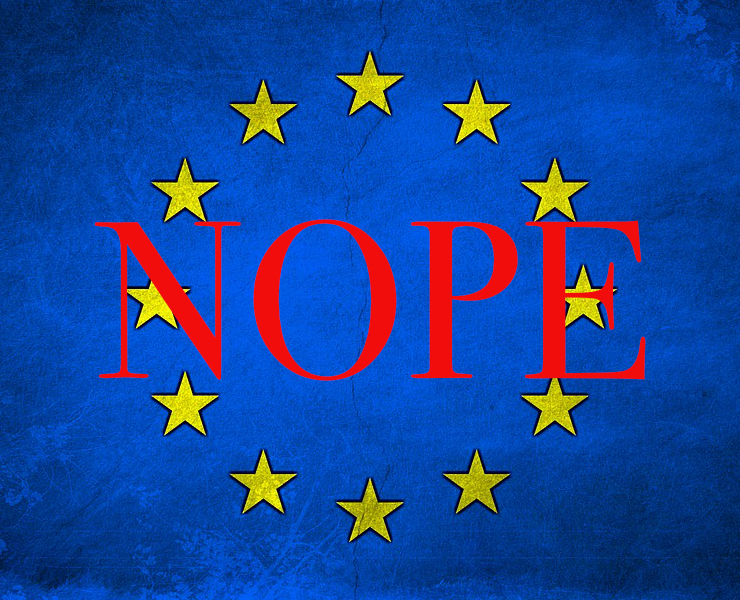 So, you know how the governments and citizens of some countries are doing everything they can to flatten the COVID-19 curve, while others have been flipping birds for the sake of their economies, eating in chain restaurants, and getting haircuts? The European Union has been taking notes.

European Union countries rushing to revive their economies and reopen their borders after months of coronavirus restrictions are prepared to block Americans from entering because the United States has failed to control the scourge, according to draft lists of acceptable travelers reviewed by The New York Times.

That prospect, which would lump American visitors in with Russians and Brazilians as unwelcome, is a stinging blow to American prestige in the world and a repudiation of President Trump’s handling of the virus in the United States, which has more than 2.3 million cases and upward of 120,000 deaths, more than any other country.

Of course, forbidding non-essential travel, with the exception of repatriation flights, has been a thing with many countries around the world since this whole viral mess got started, earlier this year. So, picking and choosing which foreign nationals will be allowed to enter the EU and which ones will be kept at arm's length, is pretty much business as usual. Currently, the member nations that make up the European Union are still busy bickering over who will be allowed to enter their borders, once they open up non-essential travel to outsiders again. To their credit, according to the New York Times, the EU has kept the criteria for which countries will be allowed passage into their lands " ...as scientific and nonpolitical as possible."

Good news everybody! After close to five months, the U.S. Department of State has rescinded its “Do Not Travel Advisory”. The Level four travel warning, which was pushed out last March, warned Americans to stay the hell within their borders because the rest of the world was waaaaaaay too full of COVID-19 for anyone to […]