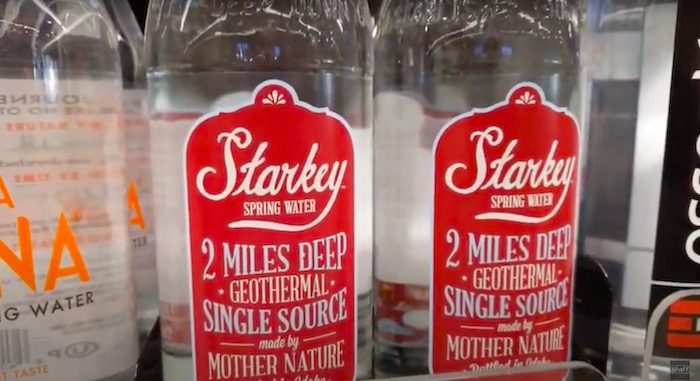 Starkey Spring Water, made by Whole Foods, has "at least three times the level of every other brand tested," Consumer Reports found. In fact, many of the other 45 brands tested contained undetectable amounts of arsenic, while the Whole Foods brand butted up against the maximum amount permitted by Federal regulations (10 parts per billion).

The water, sold mainly in Whole Foods markets and on Amazon, has "concerning levels of arsenic," the watchdog group says, and is "potentially harmful."

CR recently tested dozens of bottled water brands and found that Starkey Spring Water, introduced by Whole Foods in 2015, had concerning levels of arsenic, ranging from 9.49 to 9.56 parts per billion (ppb), at least three times the level of every other brand tested. Federal regulations require manufacturers to limit the amount of arsenic, a potentially dangerous heavy metal, in bottled water to 10 ppb.

CR also tested samples of Starkey Spring Water in 2019, finding levels of arsenic that approached or exceeded the federal limit: Three samples ranged from 9.48 to 9.86 ppb of arsenic; a fourth registered 10.1 ppb. Those results are cited in two pending consumer lawsuits over Starkey’s arsenic content.

Although one bottle shouldn't do any harm, “regular consumption of even small amounts of the heavy metal over extended periods increases the risk of cardiovascular disease, certain cancers, and lower IQ scores in children, and poses other health issues as well,” says James Dickerson, chief scientific officer at Consumer Reports.

According to CNN, Whole Foods responded by denying there was any problem at all, claiming that their water meets "all FDA requirements and are fully compliant with FDA standards for heavy metals."

Lucinda Hawksley has printed 275 color facsimiles of Victorian wallpapers in Bitten by Witch Fever. Beyond their lovely design, the vibrant wallpapers shared a common trait: they were pigmented with lethal arsenic.

The issue with arsenic

Arsenic. Hearing the word in America usually brings up black and white mental images of the film “Arsenic and Old Lace.” Yet, it is not an old issue. People around the world are exposed to dangerous levels of arsenic in their water. Speaking today at the American Geophysical Union, Lex van Green discussed the issue […]

Twenty-one children died in India yesterday after eating school lunch food that had been contaminated with insecticide. Authorities are still investigating what happened there, but the Generation Anthropocene podcast has a related episode I wanted to point you towards in the meantime. It’s about the struggle to understand the causes behind the largest mass poisoning […]