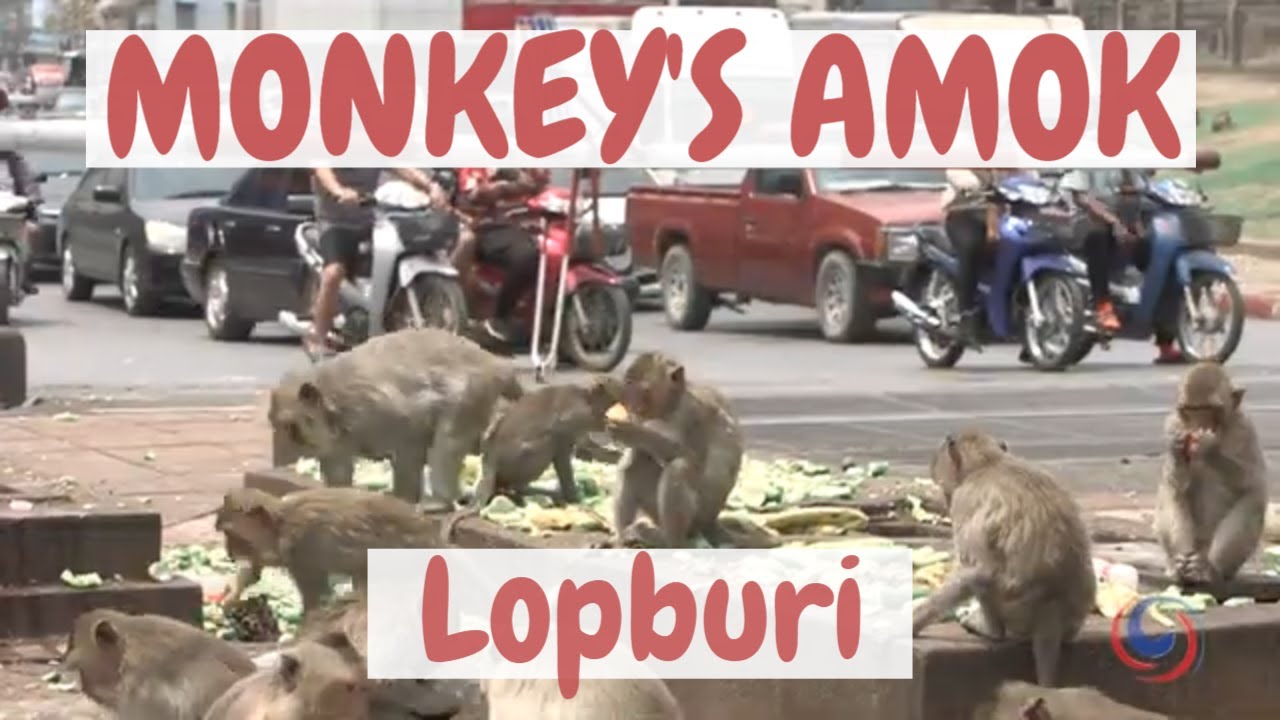 The city of Lopburi om Thailand has allegedly been overrun by gangs of wild macaques, resulting in several "no-go zones" for humans. As one resident told The Guardian: "We live in a cage but the monkeys live outside."

The macaque population in Lopburi has doubled in just three years. The monkeys were frequently fed bananas by tourists, by after the coronavirus lockdowns began and tourism froze up, they were forced to seek alternative nutrition — typically junk food and fizzy drinks stolen from local stores or given them by frightened humans. All that sugar might be making them feistier, however, both for fighting and for fucking.

But my favorite most horrifying dystopian detail comes from France 24 (which is almost identical to the Guardian, except for this paragraph):

An abandoned cinema is the macaques' headquarters -- and cemetery. Dead monkeys are laid to rest by their peers in the projection room in the cinema's rear and any human who enters is attacked.

I can't find many other details about this but wow, what a time to be alive.

A soldier in northeast Thailand has killed ‘at least’ 10 people in a mass shooting, Thai authorities say.

This video of Maeklong Railway Market in Bangkok was shot in time-lapse but it’s clear that people have to shake a leg when a train comes chugging through. View this post on Instagram Maeklong Railway Market in Bangkok By @demas . Follow @outofmind #bangkokthailand #railwaystation #foodmarket #trainride #aerialview #transporter A post shared by OutofMind (@outofmind) […]