The "Freedom to Breathe Agency" 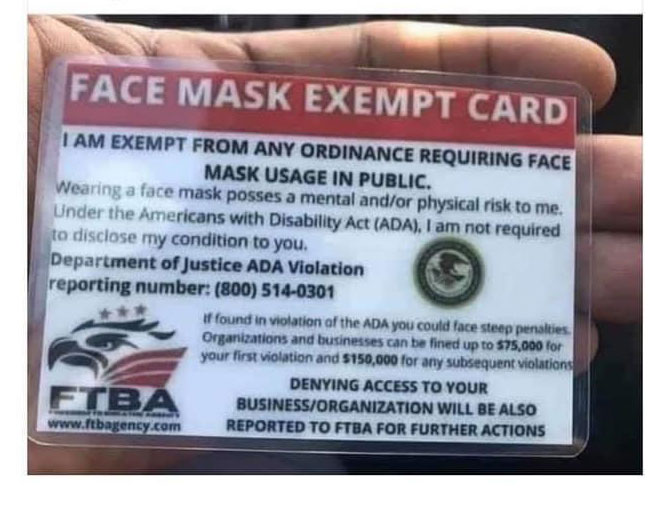 Someone calling himself the FTBA (Freedom to Breathe Agency) has issued a "Face Mask Exempt Card" that appears to have been issued by the federal government for people protected by the Americans with Disability Act. But it's actually a bogus document for sociopaths who have no qualms about spreading a potentially deadly virus to others.

The screaming no-masker was fired from his job

Yesterday, Rob posted about a man in a Florida Costco who refused to wear a face mask and screamed and charged at a person who complained. I feel threatened!” he yelled, even though the man filming him was nowhere near him. He also screamed “Back up! Back the fuck up and put your fucking phone […]

Hugo’s is one of my favorite restaurants in Los Angeles. They have one on Santa Monica Blvd that Carla and I have been going to since the 1980s. There’s also a Hugo’s in Sherman Oaks that’s been around for about 20 years, and we order takeout from it. About 15 years ago Hugo’s opened two […]