347 risk analysts were asked: "What are the most likely risks for the world over the next year and a half?" 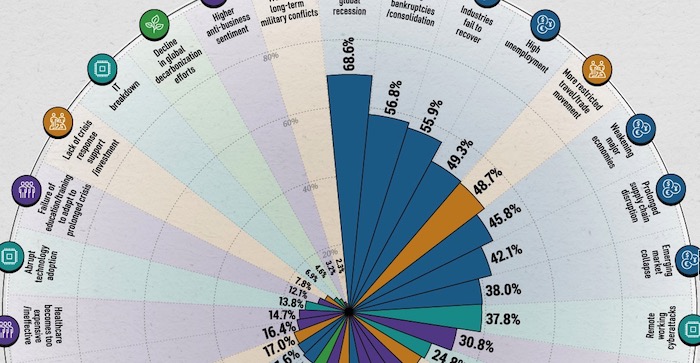 The World Economic Forum interviewed 347 risk analysts about the challenges the world could face in a post-COVID world. The experts weighed in on economic, societal, geopolitical, tech, and environmental risks (basically, a STEEP analysis). The four most likely threats are prolonged global recession at 68.6%, more bankruptcies/consolidation at 56.8%, industries fail o recover at 55.9%, and high unemployment at 49.3%.

The website Visual Capitalist created an infographic that shows all of the risks that the analysts considered along with the likelihood that they will occur.