Gentleman crashes his Lamborghini 20 minutes after buying it 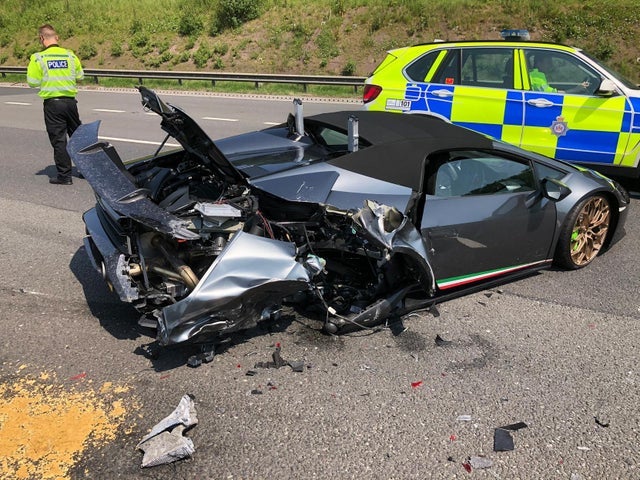 A gentleman in West Yorkshire, England, shelled out around $200,000 for a 20-minute drive in a Lamborghini. The new sports car owner then totaled it on a highway.

In all fairness, however, the car supposedly had "mechanical failure," according to the BBC, and suddenly stopped on the road. It was then hit from behind by a van, and crumpled up like a discarded aluminum can.

A brand new Lamborghini has been wrecked in a crash on the M1 near Wakefield, just '20 minutes' after it was purchasedhttps://t.co/BP0w49ppiz