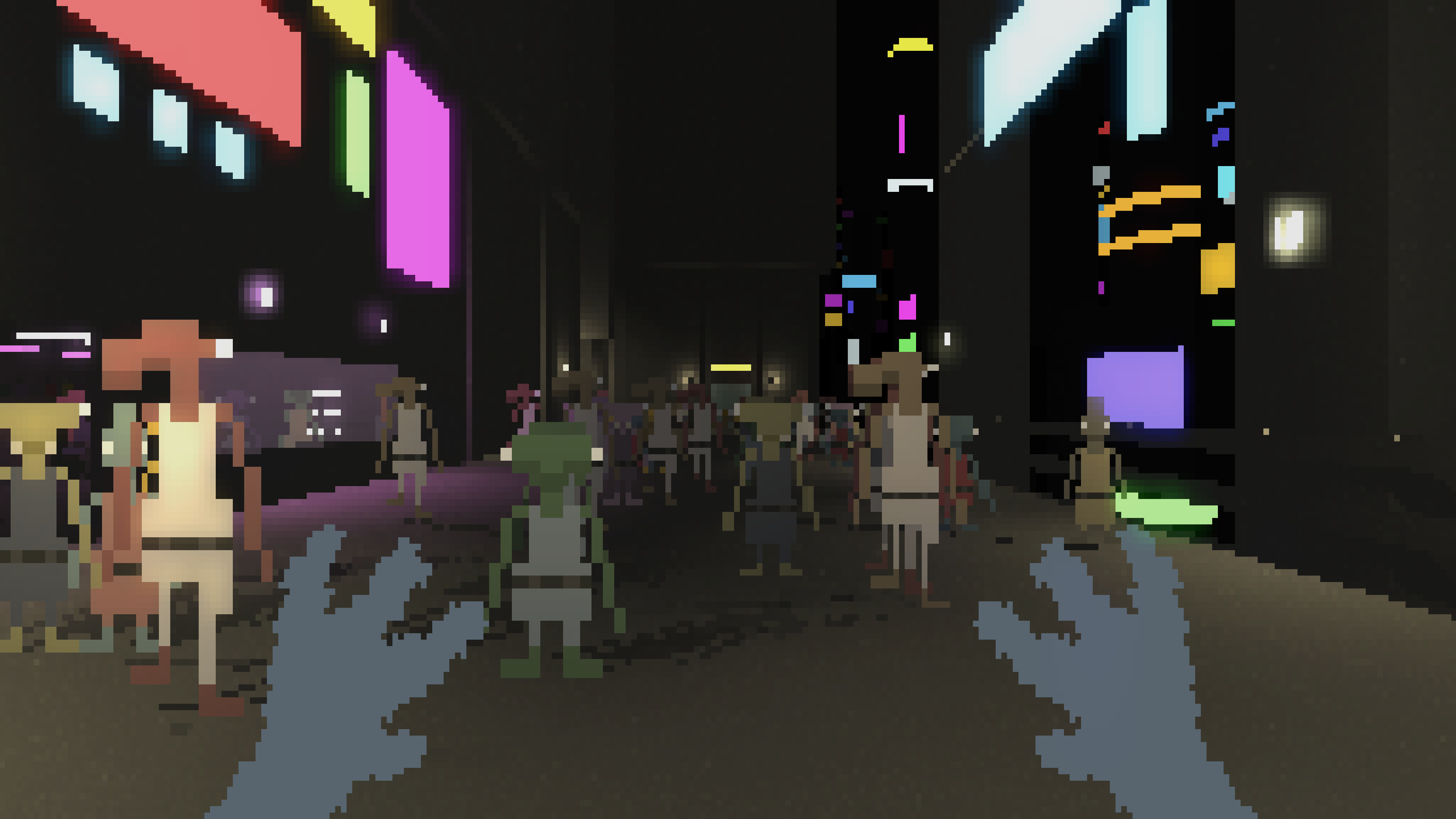 My first moments in Tom van den Boogaart's Bernband (Free Download), a goalless exploration game set in the mazelike city of Pff, led me to expect an empty low-fi walking sim. A drab apartment in a looming building. A window view of city lights in darkness. A spartan hallway leading to an elevator. Then something happened: the elevator's doors spilled me out into a dense crowd of sprites, dozens of people right up in my face, jostling and stumbling around the forecourt. Covid-brain kicked in and I yelped, lurched from the screen, then laughed, amazed that a game had done that to me.

Simple, stark and clear about what it wants to be, Bernband is small in absolute terms but packed with implication. It's experienced in the first person and heady in the way pixelated 3D walking sims often are. All you can do is look around and get lost in the sprawl and its weird connections. There's pubs, a subway station, a schoolroom, a child's recital, a courtyard garden, a chapel, and more, fragments of something vast.

There's a sense of the city's secret boundaries, too, places sealed off by architecture yet full of strangers coming and going (perhaps on the subway trains whose doors never open). As charming as it is, with its cute aliens and flying cars zipping by at hyperspeed, the vibe reminds me of The Bridge and Unthank. Bernband toys with a grim but playful tradition of surreal possibility hidden in impassive urban forms, where ducts and serviceways are the fairy portals offering glimpses of the labyrinth, the places waiting to be remembered.