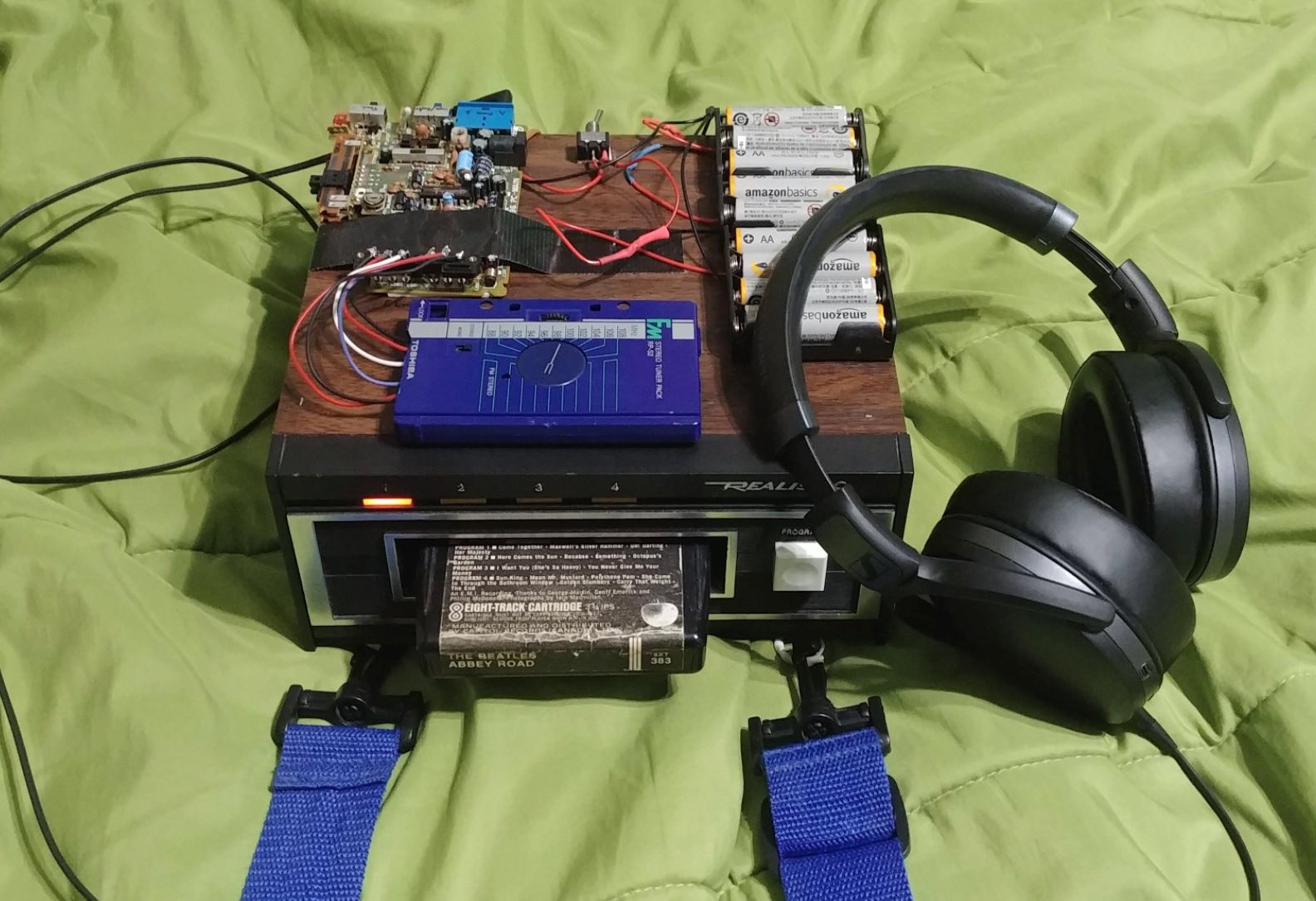 Over at r/cassetteculture, contributor TctclBacon shares this image of a wonderfully ridiculous homemade 8-track "walkman" they built from an old Realistic brand home deck.

"When my local makerspace reopens I plan to 3D print a housing for the back to properly store the electronics and batteries, just to make it look more streamlined and less sketchy," TctclBacon writes.

As one commenter notes, adding a cassette adapter would make the carrier a "true hipster king."