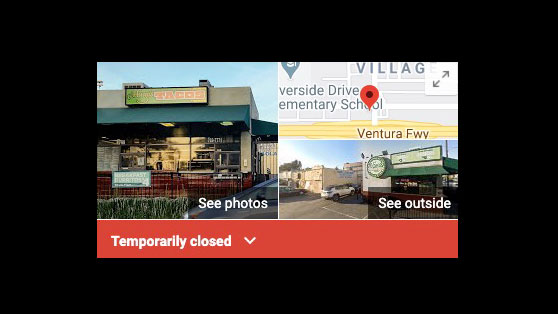 Hugo's is one of my favorite restaurants in Los Angeles. They have one on Santa Monica Blvd that Carla and I have been going to since the 1980s. There's also a Hugo's in Sherman Oaks that's been around for about 20 years, and we order takeout from it. About 15 years ago Hugo's opened two excellent taco stands, one near the Sherman Oaks restaurant. Today I read the sad news that both Hugo's taco stands had to shut down because of sociopaths who were so angry about the "no mask, no service" policy that they "screamed, cursed, and threw drinks," at employees, according to The Sacramento Bee.

Nabor Prado says Hugo’s Tacos employees have been on the front lines of the face mask controversy, KNBC reported. One man became so enraged he attacked workers.

“He got a cup of water and (threw) the water at my employee, which is unsafe and rude,” Prado said, according to the station. “It’s really sad to see grown up people doing childish things like that.”

Workers, who are mostly Latino, also have been called racial epithets by customers who have demanded refunds and thrown drinks through drive-up windows, the Los Angeles Times says.

“It’s just gotten more difficult to open every day in an environment where you’re treated with hostility and venom,” Kohne said, KTTV reported.

Trump and Junior are urging their social media followers to heed the Covid-19 advice of Dr. Stella Immanuel, a Houston pediatrician who has determined that many diseases are caused by sex with demons and/or alien DNA. The Daily Beast reported that Dr. Immanuel “praises hydroxychloroquine and says that face masks aren’t necessary to stop transmission of […]

Yesterday, The New York Times ran an article about how the GOP governor of Arizona’s limited response to the pandemic resulted in a “leveling off” of Covid-19 deaths and cases: As the United States surpasses four million known coronavirus cases, far more than any other country, new outbreaks are sending thousands of seriously ill people […]