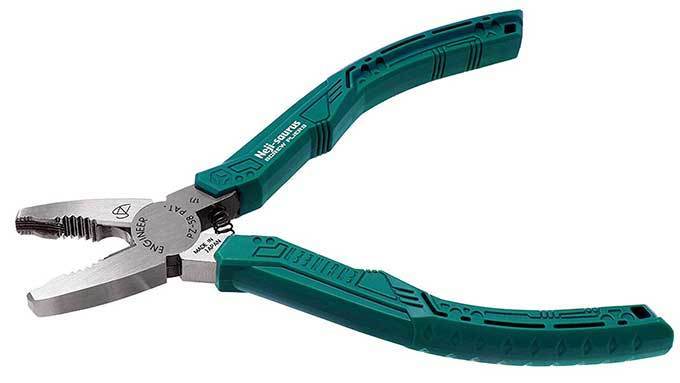 A screw with a stripped head can be difficult to remove.

There are a number of ways to remove screws with stripped heads. Lifehacker has a nice article on this subject.

My favorite method of removing a stuck/stripped screw is with a pair of screw removal pliers. They bite into the exposed sides of the screw head and you can twist the screw loose, then finish the job with a screwdriver. It's also a nice brute-force workaround for tamper-proof screw heads. This is the kind of tool you want to have in your toolbox now, instead of having to run out and buy one when it's needed.

If the screw is really stuck, you risk breaking the head off the screw. If that happens, all is not lost. You can try to drill a small hole into the center of the screw shaft and pull out the screw with a screw extractor.

I don’t know who Grandpa Witmer is, but around our compound, he’s a SubGenius ShorDurPerSav and a Discordian Saint. We use Saint Witmer’s Old Fashioned Peanut Butter Mixer to mix peanut butter quickly and without a mess. The kind of peanut butter I buy from Trader Joe’s separates into two layers. The oil is on top, […]