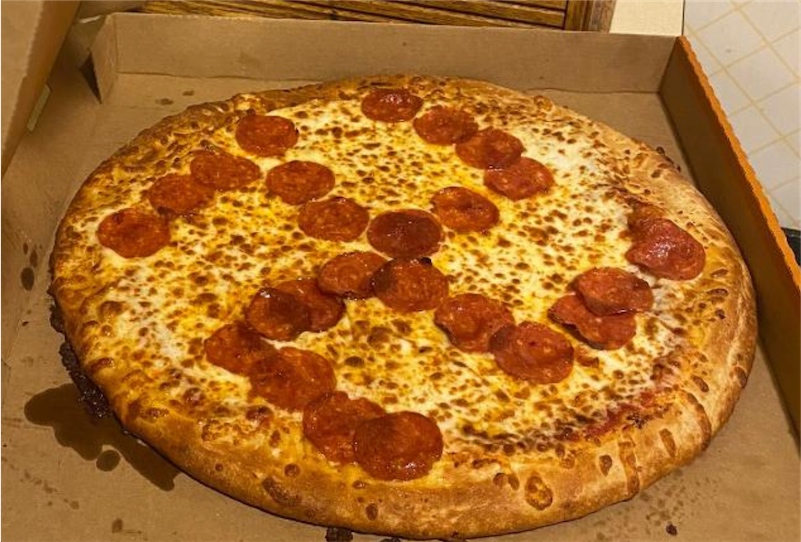 Jason Laska stopped at a Little Caesars to grab a pre-made "Hot-N-Ready" pizza for his family. When he got home, he and his wife discovered a (reverse) swastika made from pepperoni on the pie.

Laska told CNN he tried to call the store but the number was constantly busy so he posted to social media.


According to Little Caesar Enterprises spokesperson Jill Proctor, the two ignorant dumbfucks who made the pizza admitted to it and were fired.


"This is an example of what needs to change in our world," Laska said. "And we hope that people start to realize that and use their time to make those changes and not blast us for trying to do it."