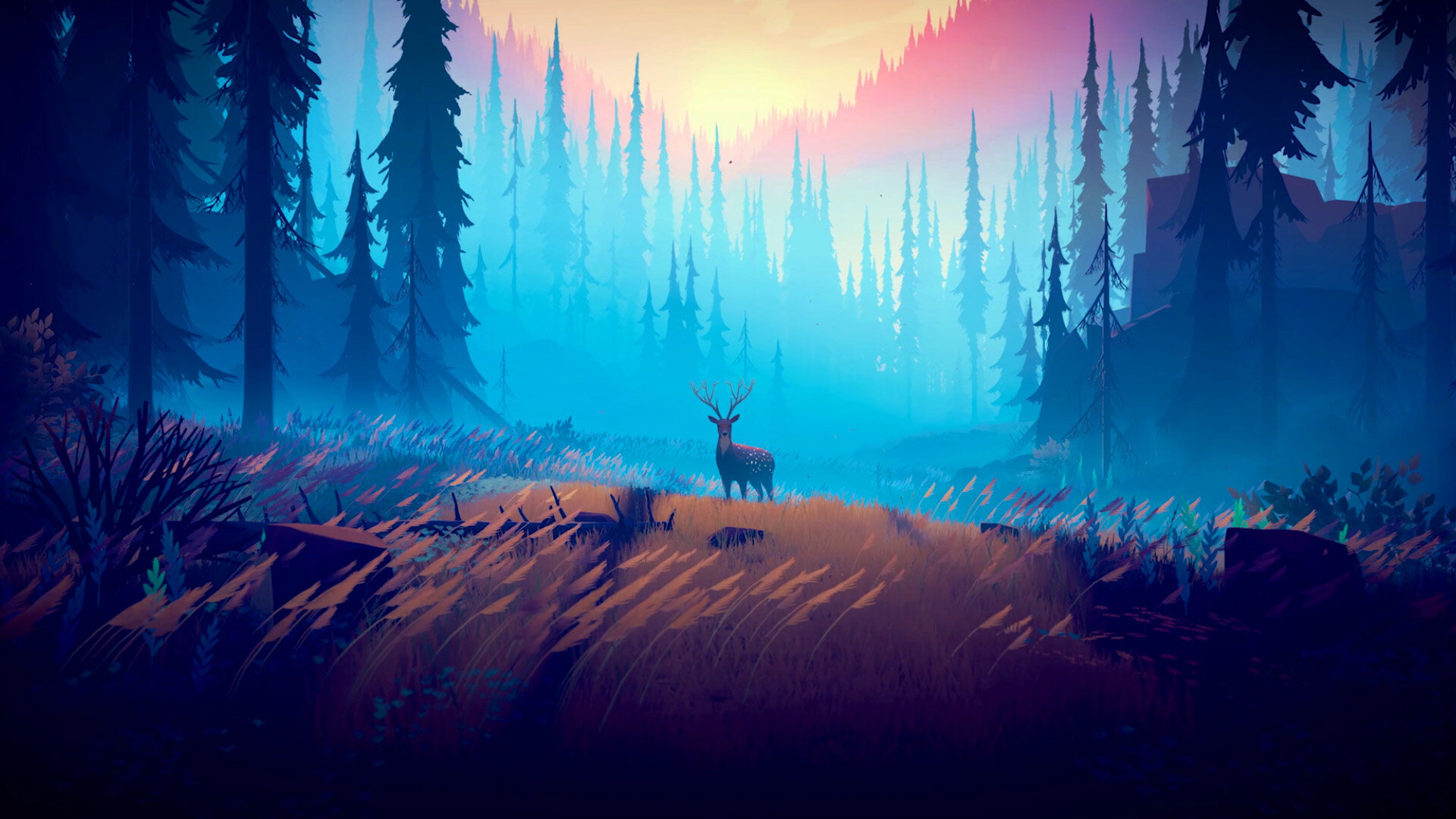 FJRD Interactive's Among Trees offers a gorgeous early-access trip to the woods.

Among Trees is an exploration game set in woods abundant with life and light. The environment is so charming and mysterious it seems like a dream. Leaves tremble in the pink glow of dawn. Shadows crawl from the setting sun. Rabbits and deer prance in the mist. In early access, FJRD Interactive's first release is nonetheless yet to gain a narrative or meaningful goals. It's just a woman waking in the woods, chancing upon a ramshackle hut, and deciding to make a home of it.

The game's aesthetic is striking and fully realized. It plays well too, with an uncluttered UI for interaction and inventory management. It's like The Long Dark, but with the bleak, hardscrabble environment replaced by Arcadia's warm glow.

You can gather plants and materials, upgrade your dwelling with workshops, a kitchen and a greenhouse, and make some useful stuff. Item requirements are funny—do you have enough mulberries to make a map, enough dogsbane to make a backpack?—but it's all under active development. Trees creak and topple under the axe. Fishes strain on the line. Bees swarm when you steal their honey. Bears are the game's only dangerous fauna and will tear you up if you stray too close. Finding blueprints for the most useful items, scattered at random in debris fields and caverns, are the most interesting challenge.

The survival mechanisms are mild yet relentless, wedding a layer of nagging anxiety to fast-moving cycles of night and day. Five minutes in the wilds and the word STARVING flashes on-screen. Hunger and fatigue feel more like running out of oxygen than energy, sending me racing the sunset home. If were starting over, I'd either stick to the zen/easy mode that promises to mute these pressures entirely or dial it to survival mode and make them the whole point.

Among Trees is a gorgeous trip to a calm place deep in the woods, well-worth an early investment to anyone taken with its splendid looks. But be aware that its routines of exploration and creation are are as yet bare bone, with scarce meat to be found.