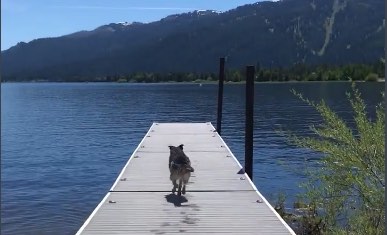 "This is my dog, belly-flopping from a dock."

I love how he pauses and then kerplops right into the water at the end.

My dog, belly-flopping from a dock